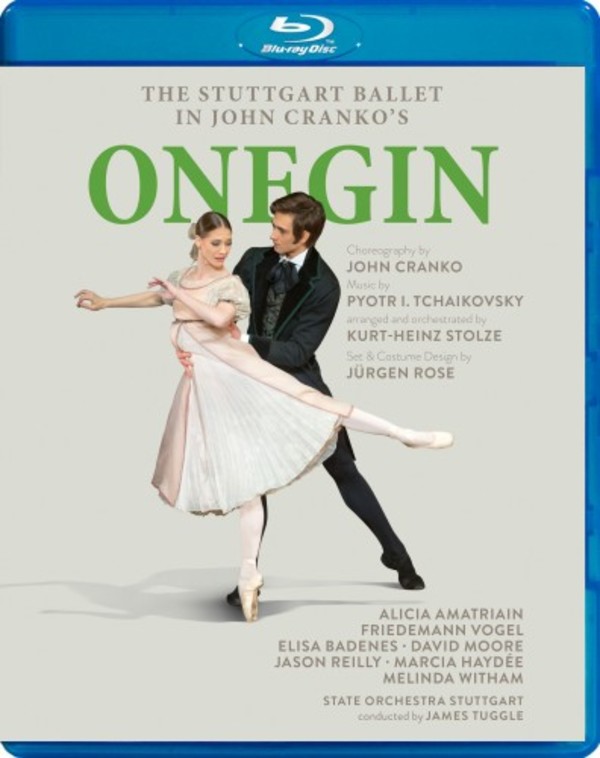 John Crankos mastery of the art of the pas de deux finds its climax in Onegin, one of the most successful full length ballets of the 20th century. Set to sweeping music by Tchaikovsky, it tells Alexander Pushkins tragic love story of the world-weary aristocrat Onegin and the naïve country girl Tatiana in a superbly nuanced way. Featuring world stars Friedemann Vogel and Alicia Amatriain, this production is a must for all lovers of dramatic - and romantic - ballets.

With Onegin, John Cranko secured his place in the pantheon of great 20th-century choreographers. He created the three act work for the Stuttgart Ballet - of which he was Director - in 1965 and revised the ballet two years later. Over the last 50 years, the ballet has entered the repertoire of almost every leading ballet company in the world, including the Paris Opéra Ballet, the Royal Ballet in London, the Bolshoi Ballet, the Ballet of the Teatro alla Scala and the American Ballet Theatre.

Friedemann Vogel and Alicia Amatriain - the leading couple of the Stuttgart Ballet who have been showered with international prizes and accolades - demonstrate here why they are deemed the elite of the dance world. But it is legendary Marcia Haydée who creates the nights special magic: once Cranko chose her to be the very first Tatiana, now she guest stars as nurse; the close bonds between Haydee and the ensemble are palpable throughout and it is a truly touching moment when the original Tatiana meets the current one.

Onegin is so good, that it can easily hold its own against any Broadway show! - Newsday