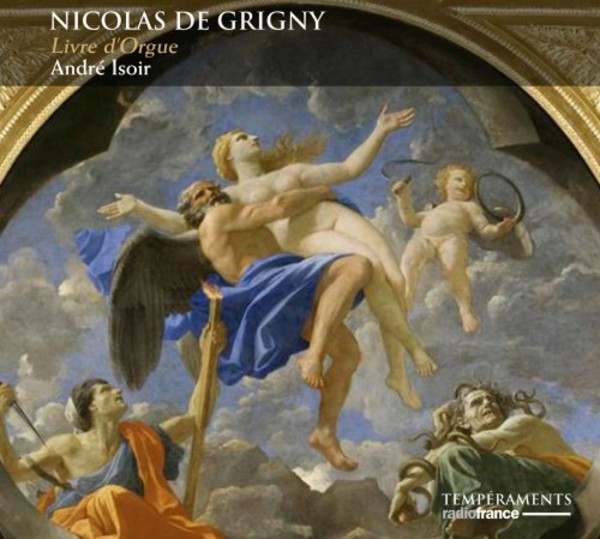 Nicolas de Grigny (1672-1703), died at the age of 31 without bequeathing everything his genius let hope for, considered one of the greatest masters of the organ, composed only one Organ Book (1699) called Premier, consisting of a Mass and five Hymns for various Church festivals. Johann Sebastian Bach, a fervent admirer, discovered his music, during his youth and copied his entire work with would influence  as much as Buxtehudes, then later Frescobaldis  his own organ work. The new release of this recording from 1992 on the historical organ of Saint-Michel-en-Thiérache pays tribute to the great organist André Isoir who died in 2016.