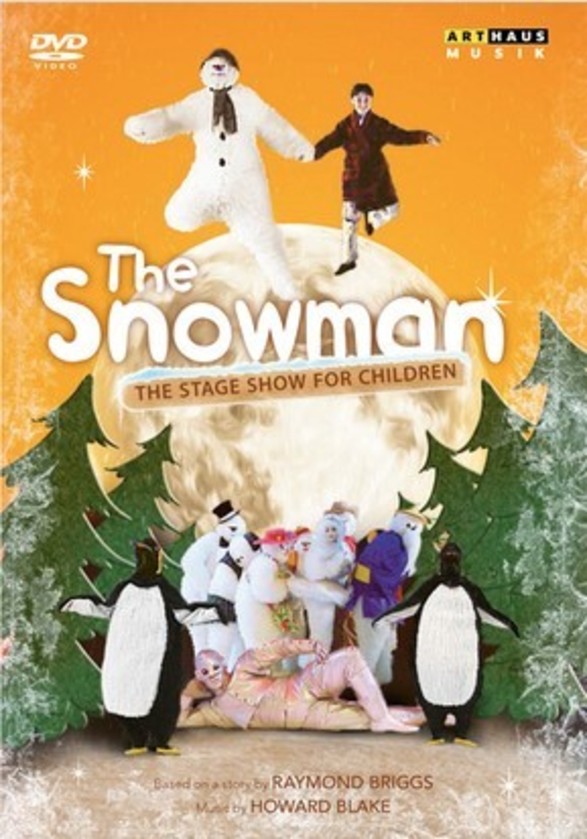 When a young boy builds a snowman in his garden, the magic of Christmas brings his snowman to life and together they embark on an adventure, discovering the wonders of each others worlds. Childhood fantasies come to life.

The Snowman written in 1982 has become a year-round favourite and one of the most popular Yuletide books ever published. In 1982 Howard Blake wrote both words and music for The Snowman, which has become a classic. The Snowman stage show and ballet have performed worldwide to much critical acclaim, and both the film and CD are perennial best sellers.

The haunting theme song Walking in the Air is recognisable the world over. It achieved a unique status among singles in the UK when at its first release two different recording charted at the same time. The Snowman has been developed into an 80 minute Christmas-must see stage show that has been running for decades.

The charm of Raymond Briggss original illustrated book inspired the composer and lyricist Howard Blake to write a score telling the lovely story of The Snowman in music. Blakes enchanting song Walking in the Air became an immediate hit and remains an international favorite. Following the success of book and film, The Snowman has gone on to conquer the stage with dance and mime. Howard Blakes catchy music lets us feel the wonder, excitement and fun of it all.

Blake - Music for Piano and Strings