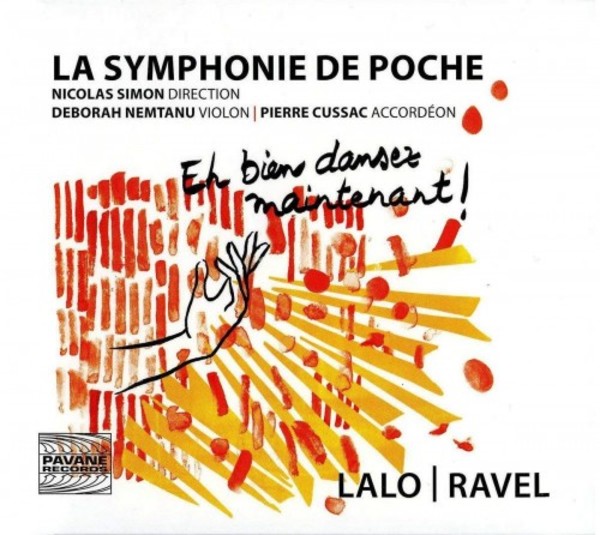 The idea for the Symphonie de Poche project came in 2007. Nicolas Simon wanted to create an all-terrain vehicle that could take music any place that music could go, without logistical constraints, without hassle. With the accordion at its heart, the singular identity of the Symphonie de Poche sound found a harmonious balance, settled, and defined itself. The string quintet, the harp and the percussion have been present since the start of the ensemble. Among the percussion, another instrument offering a very individual universe of sound, the marimba, emerged clearly. The woodwinds, for their part, gravitate around two clarinets, the flute and the baritone saxhorn. The congress of these instruments with very different musical universes is a constituent and defining element of the Symphonie de Poches identity.

This is also what confers on the works interpreted by the ensemble a special originality all their own. The art of arrangement, essential to building a repertoire for a group that does not have one, is at the heart of the project. Evolving along with the instrumental group, it is not just a matter of shrinking an orchestral work to fit a small number of musicians, but also of bringing new enlightenment. This approach enables a genuine espousal of the chosen repertoire; this is the great originality of the ensemble. In this way, the Symphonie de Poche proposes a fresh reading of symphonic repertoire works, aiming at bringing to life, indeed at creating anew, our admirable musical heritage.