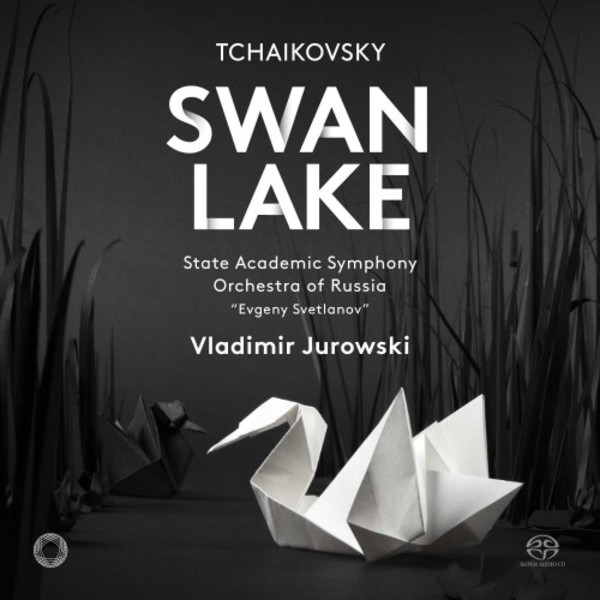 Swan Lake is the first of the three great ballets that Tchaikovsky wrote, and arguably the most famous. The piece is mainly known in the shape it obtained in 1895, when it became a classic in the choreography of Marius Petipa and Lev Ivanov. That imperial version strayed from Tchaikovskys world premiere score, with several cuts, abridgements and displacements. This high definition recording presents the work as it was heard during the 1877 world premiere performance, highlighting the extraordinary symphonic qualities of Tchaikovksys original conception.

Jurowski has recorded extensively for Pentatone and has received enthusiastic critical acclaim. In July 2017, he signed a long-term, multi-album agreement with Pentatone including a new complete cycle of the symphonies of Sergei Prokofiev with the State Academic Symphony Orchestra of Russia Evgeny Svetlanov. Other releases by Jurowski for Pentatone include violin concertos by Britten and Hindemith with Arabella Steinbacher, and tone poems by Mahler and Strauss, performed with the Rundfunk-Sinfonieorchester Berlin where he is Chief Conductor and Artistic Director.

This is a terrific new account. Jurowskis Svetlanov Orchestra  basically the old USSR State Symphony  really has this music coursing through its veins. The orchestra still has a distinctly Russian flavour, even if the paint-stripper brass and acidic oboe of yore have been polished up. The strings are sumptuously rich, while the woodwinds are superb...  Mark Pullinger
Gramophone November 2018

The State Academic Symphony Orchestra of Russia performs Swan Lake under the baton of its artistic director, Vladimir Jurowski, in this new recording of an old classic. Swan Lake is revered as one of the greatest ballets ever written, and this recording highlights the extraordinary symphonic qualities of Tchaikovsky's musical masterpiece.  John Brunning
Classic FM