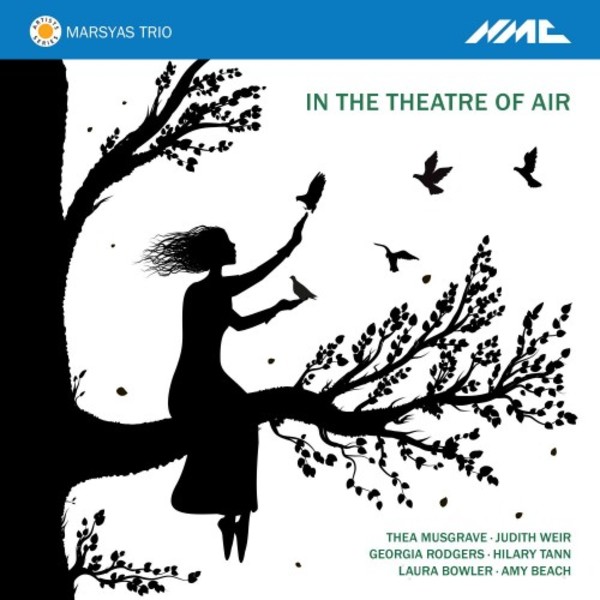 This album presents trio works by women composers of multiple generations; five of them living British composers, and one notable American. Programmed by the Marsyas Trio, the release marks the 100th anniversary of (some) women getting the vote in the UK, and celebrates the diversity of compositional style, the wealth of talent, and accomplishments of living British women composers today.

Heather Roche writes in the booklet liner notes: It is extraordinary to compare the life of Amy Beach, the earliest composer to be featured on this release, and presented on this album as an American bonus track accompanying the otherwise British lineup, with her modern-day equivalents. She was, early in life, recognised as one of the finest pianists in the United States, and performed as a soloist with the Boston Symphony Orchestra at a time when she could neither vote, nor attend Harvard. However, following her marriage in 1885 she was restricted to two performances a year, an order she obeyed until the death of her husband in 1910, when she resumed touring. As women composers and performers in the West, we no longer have to fight to be able to do the things we want to do in the ways that Beach did. But we still fight for those things to be recognised on equal terms: we want to be paid equally, we want to be able to choose to have families without sacrificing our creativity and careers, and we want to see the work of women appear on every concert programme. Women composers are still underrepresented, largely ignored by orchestral programmers, often discouraged from engaging with technology and regularly reminded that their ambition is seen as ugly and unfeminine.

The album includes five premiere recordings: Judith Weirs Several Concertos (1980), Thea Musgraves Canta, Canta!, and recently commissioned works for the trio by Hilary Tann and the two youngest composers on this album: Georgia Rodgers (b.1985) and Laura Bowler (b.1986).