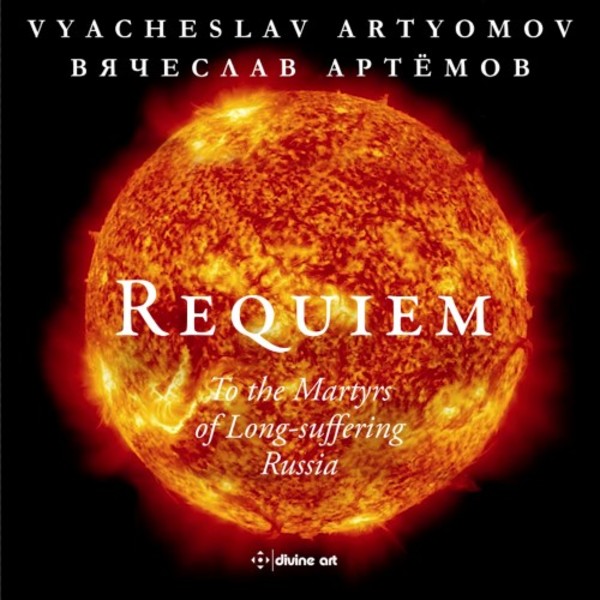 Vyacheslav Artyomov is considered by many to be Russias greatest living composer. Since the fall of the Soviet regime his music has travelled the world to great acclaim. It is deep, ultimately spiritual and brilliantly crafted, with influences from the Russian symphonic tradition colored by Mahler, Scriabin, Honegger and Messiaen to name a few  but melded into a unique voice.

The Requiem, together with his massive symphony cycles, was the work which brought enormous acclaim to Artyomov both in Russia and in the USA. It was the first Requiem to be written by a Russian and the first to be performed in the former USSR. Dedicated to the Martyrs of Long-Suffering Russia, it is a true masterpiece in which several parts of the mass are given treatments very different from the norm. Exciting, moving and bristling with power and passion, this is a Requiem to stand alongside the established great Requiems of the past. The performers are those who gave the Moscow premiere, and they give a stunning performance.

Artyomov - A Sonata of Meditations, A Garland of Recitations, Totem