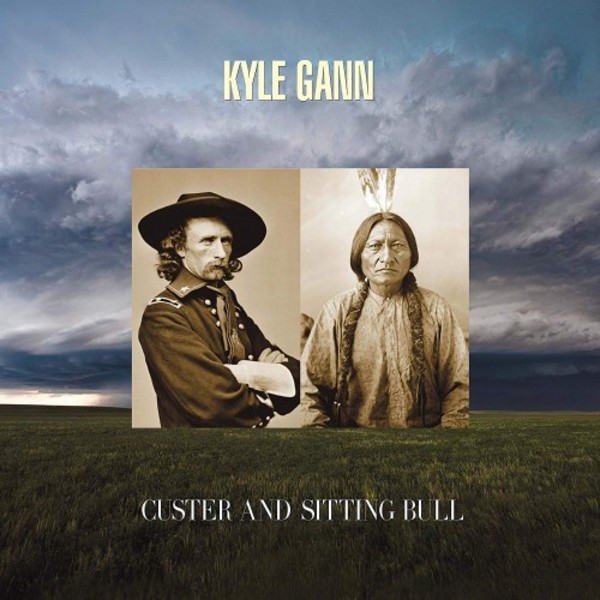 Custer and Sitting Bull
Scenario
So Many Little Dyings

Custer and Sitting Bull
Scenario
So Many Little Dyings

This recording features three works by Kyle Gann (b.1955)  Custer and Sitting Bull, Scenario, and So Many Little Dyings, from the decade 1994 to 2004.

Those familiar with Ganns music will recognize a commitment to just intonation (alternate tunings), paired with a deployment of unexpected meters, often set to frequently shifting tempos. But here we also encounter another side of Gann, a composer preoccupied with texts, the inherent rhythms found within the spoken word, and the dramatic potential of these texts (including poems, interviews, stories, speeches, and even one psychic transmission).

A musical reflection on the historic encounter between Lieutenant Colonel George Armstrong Custer and the Lakota leader Sitting Bull, Custer and Sitting Bull (1995-99), presented here in an updated version, is an example of a pocket opera, a kind of one-person opera that blossomed in the unfunded spaces of Downtown Manhattan.

While it takes the form of reimagined American history, Custer is perhaps most centrally about the value of sustained, repeated listening. Indeed, Ganns use of just intonation not only rewards but arguably requires many hearings to access certain subtleties.

The title of So Many Little Dyings (1994) is taken from the Kenneth Patchen poem And What with the Blunders (from First Will & Testament, 1939). The entire work originates from the pitch and rhythm of Patchens spoken voice, which Gann sampled and transcribed from a recorded recitation of the poem.

David Rosenboom - In the Beginning

Lola Williams - Where Should This Music Be: Songs