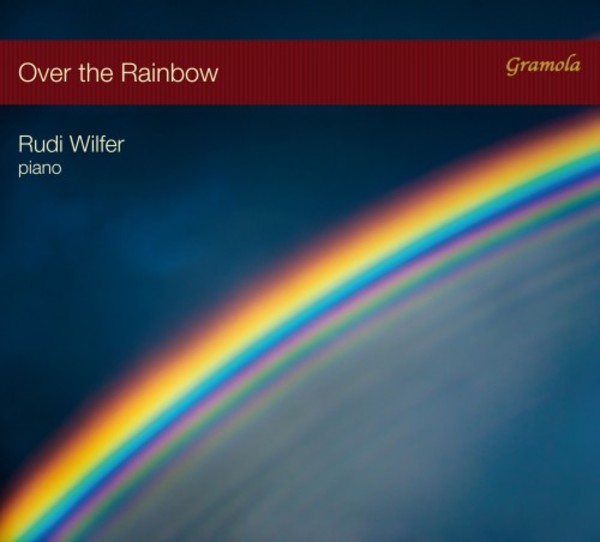 Austrian jazz pianist Rudi Wilfer is one of the great jazz minds of our time, who has had the privelege of playing with many of the greatest international jazz legends. With Over the Rainbow, Wilfer now releases the logical sequel to his previous recording Somewhere. Featuring new and very personal interpretations of standards like Basin Street Blues, The Shadow of Your Smile, Orbit, Baby Steps as a witty arrangement of John Coltranes Giant Steps, or My Romance, Wilfer teaches his audience the meaning of silence and the space between the sounds. A meditative, almost Buddhist statement of this extraordinary Austrian musician, and, focussing on his lyrical, romantic playing style, also a homage to Bill Evans, one of the most important and influencial pianists of modern jazz, whom Wilfer got to know in the popular jazz club Village Vanguard in New York in 1979.

Rudi Wilfer, who was born in Salzburg in 1936 and grew up in Vienna, is today one of the most important and distinguished Austrian musicians of international standing. At the Academy of Music and the Performing Arts in Vienna he initially studied trumpet and piano, which he followed later with the study of composition and composition theory at the Conservatory of the City of Vienna. Despite his considerable versatility the piano was to become his principal instrument. In the ensembles of Uzzi Förster, Fatty George, Erich Kleinschuster, Clifford Jordan, Friedrich Gulda, as well as with his own groups, Rudi Wilfer wrote jazz history. His lifelong friendship with Friedrich Gulda reflected both their musical and human ties.

In Vienna in the 1950s Rudi Wilfer began his career as a musician in Europes number one jazz band, the group headed by the famous clarinettist Fatty George, in which he succeeded Joe Zawinul who left for New York to build up a career in the USA. In the 1960s the legendary Rudi Wilfer Trio was founded: numerous recordings were made for Austrian radio, including many of his own compositions, and these were frequently played on the station Ö3, which was still new at the time.

His wide-ranging creativity as an artist has made Rudi Wilfer into a legend in his generation, while he also continues to provide impulses for young people who are musically involved in making jazz.