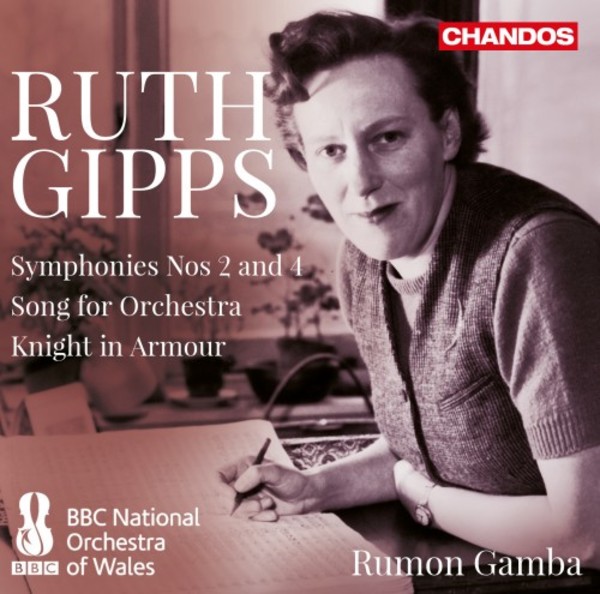 The unjustly neglected and often dissident music of Ruth Gipps (1921-1999) is with this album finding all the resonance it deserves by Rumon Gamba and the BBC National Orchestra of Wales, having already championed many British composers from the twentieth century with their series devoted to British Tone Poems and Overtures from the British Isles.

While, not surprisingly, there are echoes of the most popular composers of the time  Sibelius, Walton, and Vaughan Williams  the music is notable for its personal voice, confident conception, and vivid writing for the orchestra. Gipps herself actually felt her best works were those for orchestra.

In a programme of contrasting impressions and emotions, Symphonies Nos 2 and 4, the former inspired by the Second World War, offer an approachable tuneful idiom. They are complemented by the lyrical, shorter Song for Orchestra and the early tone poem Knight in Armour, premiered at the last Night of the Proms in 1942.

The music of English composer Ruth Gipps (1921-1999) has until now only only rarely featured on commercial recordings, and this new disc from the ever-enterprising BBC National Orchestra of Wales under Rumon Gamba appears to be the first completely devoted to her works. As such, its to be warmly welcomed, the more so as it features such persuasive and committed performances.

Born into a middle-class family in Bexhill-on-Sea, Gipps was something of a child prodigy, entering the Royal College of Music at the age of fifteen. Her composition teachers included Ralph Vaughan Williams and Gordon Jacob, while she studied oboe with Leon Goossens and piano with Arthur Alexander and Kendall Taylor (giving an accomplished student performance of Brahmss Second Piano Concerto). While still at the College she composed her symphonic poem Knight in Armour (1940), which was conducted by Sir Henry Wood at the Last Night of the 1942 Proms. Inspired by Rembrandts painting A Man in Armour, its a highly assured work for a 20-year-old, deftly orchestrated, and reminiscent of Vaughan Williams in chivalric mode, with brass fanfares, a strong lyrical vein, and modal colouring.

After leaving the RCM, Gipps played oboe and cor anglais in the City of Birmingham Orchestra, where she met her clarinettist husband Robert Baker (they married in 1942). In 1945 she wrote her Second Symphony, which was premiered  as her First had been  by the CBO under George Weldon. An ambitious single-movement work cast in three broad sections representing life before the outbreak of the outbreak of war and its consequences and Roberts homecoming (and including a surprisingly jaunty, scherzo-like march), it reveals further Gippss essentially lyrical approachable style, scored with sumptuous panache. Gamba and the BBCNOW do the work handsome justice in this excellent recording.

Further evidence of Gippss gift for lyrical invention comes in the Song for Orchestra of 1948. Premiered on 10 January 1949 by the Birmingham Symphony Players, again under Weldon, its main idea is a plaintive theme for oboe (the composers own instrument) which, after a turbulent middle section, returns over haltingly shimmering strings before the wistful close. The engaging account on this Chandos disc should encourage more orchestras to take up this charming, atmospheric miniature.

After the war, Gipps developed a multi-faceted career, including choral and orchestral conducting, teaching and music journalism. She made important contributions to musical life in Britain by founding the semi-professional London Repertoire Orchestra, as well as the professional Chanticleer Orchestra, chaired the Composers Guild of Great Britain, and helped to establish the British Music Information Centre, a crucial resource for composers and performers of new music from 1967 onwards.

Gippss own music, however, was out of touch with the more radical mainstream of postwar British contemporary music. Yet she steadfastly maintained her own musical voice, which finds one of its finest expressions in her Fourth Symphony (1972), dedicated to Sir Arthur Bliss. More severe in mood than her earlier works, and cast traditionally in four movements of tremendous character, including an Adagio slow movement abounding in instrumental soloists, an evocative scherzo in 5/8 time and an expansive Finale with a helter-skelter ending, it is orchestrated with a Sibelian sophistication which Gamba and his players clearly relish. Premiered under the composers own baton by the London Repertoire Orchestra under Gippss own baton in May 1973, it received an important but isolated BBC broadcast ten years later by the BBC Scottish Symphony Orchestra under John Pritchard. This vibrant new recording by the BBCNOW will surely help to establish it, and Gippss wider output, more firmly on the musical map.

There are first-class, detailed booklet notes by Lewis Foreman, and the recording (made at the BBC Hoddinott Hall in Cardiff) combines warmth, detail and transparency for winning results, just as one has come to expect from Chandos. For lovers of British music, this is an important and compelling release. 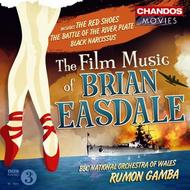 The Film Music of Brian Easdale 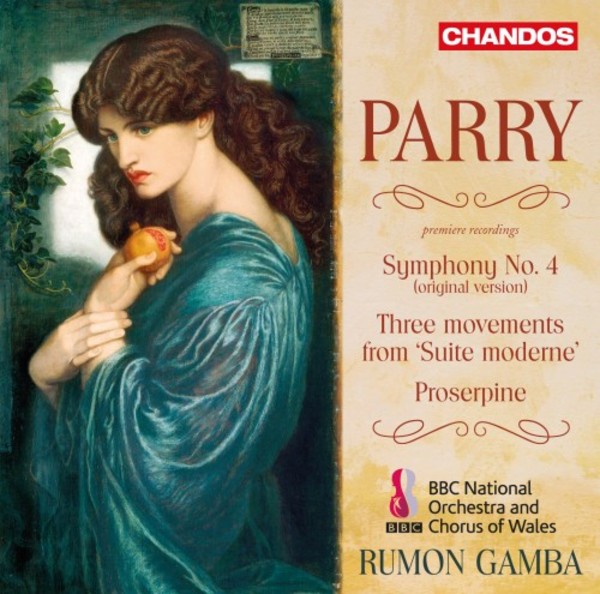 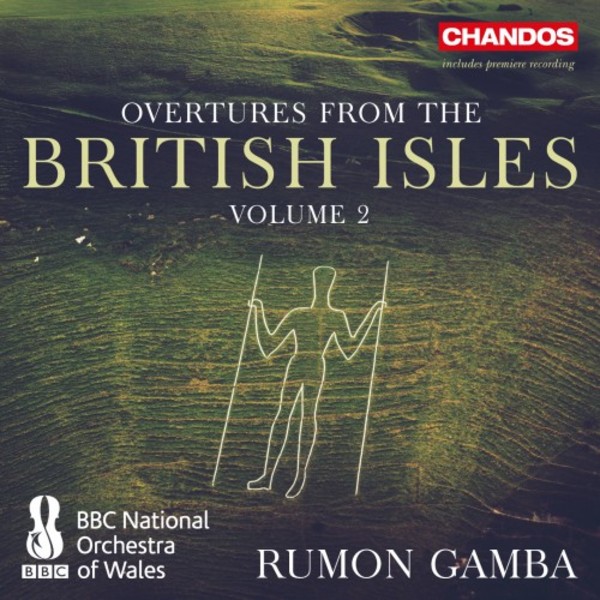 The Film Music of Arthur Benjamin and Leighton Lucas 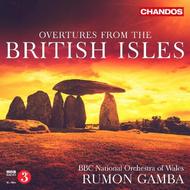