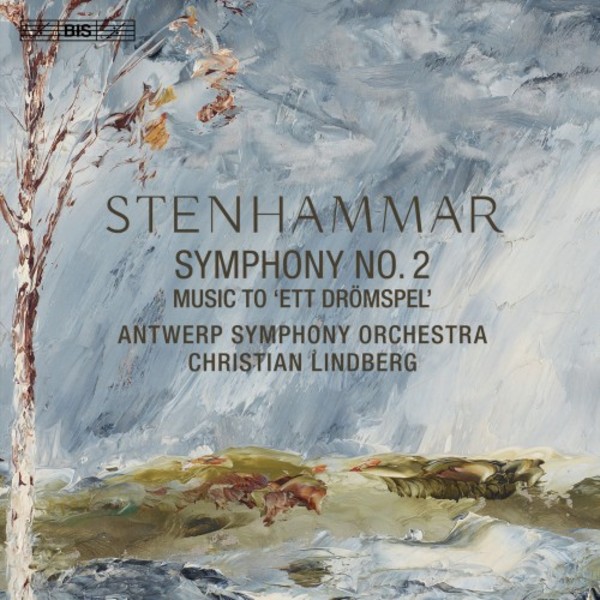 Stenhammar - Symphony no.2, Music to A Dream Play

Considered to be one of the great Nordic symphonies of its time, Wilhelm Stenhammar's Symphony No.2 in G minor was a long time in the making. Stenhammar the conductor and pianist was a leading figure in the musical life of Sweden and Scandinavia, but in his role as composer he struggled with self-doubt, feeling that his knowledge of musical theory was insufficient. In 1910 he decided to address this perceived shortcoming, and began an intensive study of counterpoint which included setting himself several thousand assignments over the following decade. At the same time, between 1911 and 1915, Stenhammar composed his G minor symphony, and against this background it is hardly surprising that it displays his preoccupation with counterpoint, its final movement a grandiose double fugue.

If the symphony is one of Stenhammars most celebrated works, his music for Strindbergs A Dream Play is one of the least-known. It was composed for a production of Strindbergs existential drama in 1916, a year after the completion of the Symphony. Rarely performed after that, the music was arranged into a concert version in 1970 by Hilding Rosenberg. Christian Lindberg and the Antwerp Symphony Orchestra have previously recorded Stenhammars Serenade to critical acclaim: the disc was named Disc of the Week on Danish Radio, received a recommendation on German website Klassik-Heute and was selected Recording of the Month on MusicWeb-International.

Christian Lindbergs recording of the Serenade (BIS, 8/14) is highly enjoyable but his account of the Second Symphony (with the same orchestra, now renamed) is finer still. ... A glorious release. Dont miss it.  Andrew Farach-Colton
Gramophone Awards 2018