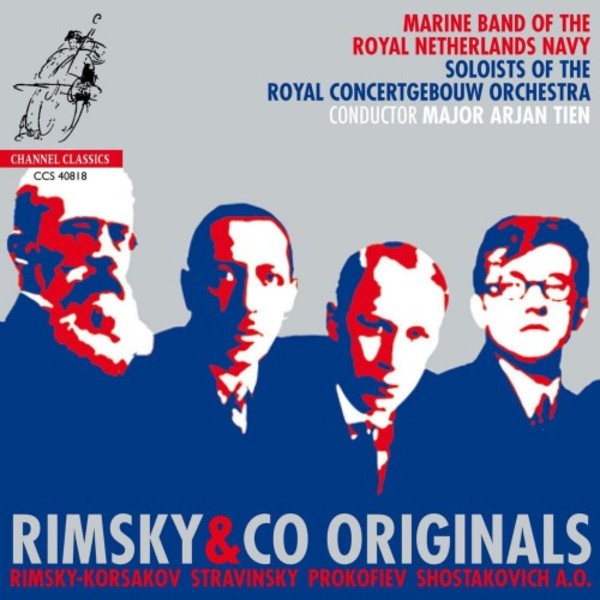 As early as the 17th century in the days of Fleet Admiral Michiel de Ruyter, one of the initiators of the Netherlands Marine Corps, music has played an important role in the navy. Transforming from ships bands and ensembles into a land-based full-sized orchestra ashore, the Marine Band turned into the all-round musical ambassador of the Royal Netherlands Navy.

The Marine Band of the Royal Netherlands Navy developed an appreciation for Russia and the music of her great composers. As part of the celebrations of 300 years Peter the Great and the jubilee of the city, concert tours to St. Petersburg were made in 1997 and 2003. In 2009 the branch of the Hermitage in Amsterdam was opened with a concert and attended by Queen Beatrix and President Medvedev.

In 2013 the Marine Band and the Drums & Fifes of the Netherlands Marine Corps participated in the famous International Military Music Festival "Spasskaya Tower on the Red Square in Moscow.

In 2017 the Marine Band of the Royal Netherlands  Navy appointed maestro Arjan Tien as its principal conductor and music director. Musicians and critics alike appreciate his interpretations for their warmth, energy and sensitivity, and he is widely considered to be one of the most versatile conductors of his generation.
Soloists of the Royal Concergebouw Orchestra:
- Bart Claessens (trombone)
- Alexei Ogrintchouk (oboe)
- Olivier Patey (clarinet)