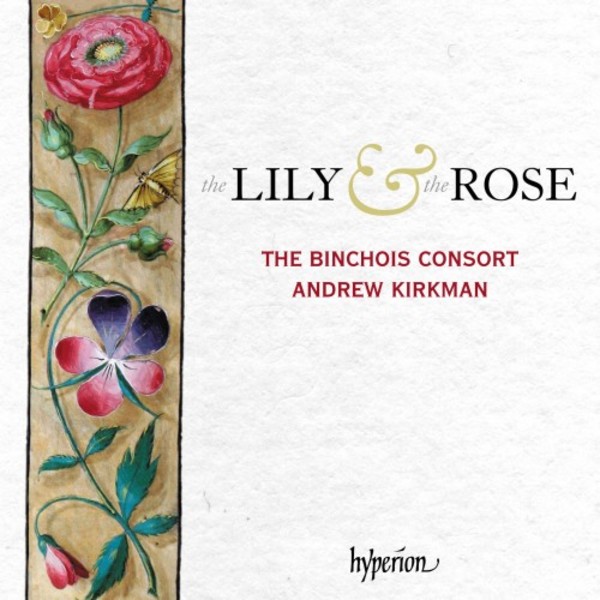 The Lily & the Rose: Adoration of the Virgin in sound and stone

A celebration of the Virgin Mary in sound and stone: following the success of its predecessor, Music for the 100 Years War, this release further explores the artistic parallels between music and alabaster sculpture in late medieval England.

Sung with crystalline perfection, and recorded in the atmospheric surroundings of Ascot Priory, Berkshire, this sequence of Marian English polyphony introduces us to names, John Dunstaple aside, still not widely known: John Cooke, Walter Frye, John Bedyngham, John Plummer and more. The CD liner notes provide essays, several pictures of alabasters and all the texts. Listen and be transported.  Fiona Maddocks
The Observer 26 August 2018

Music for Saint Katherine of Alexandria

Music for the 100 Years War: A Brief History in Music & Alabaster

Music for the King of Scots: Inside the Pleasure Palace of James IV