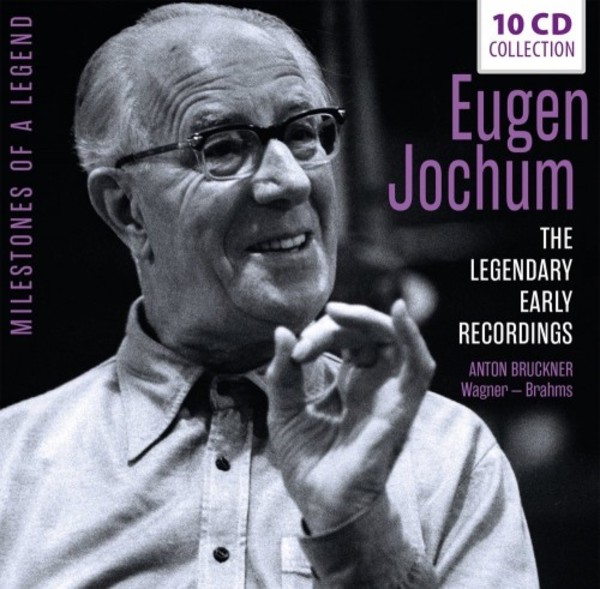 Eugen Jochum was the most important Bruckner conductor of his time and this box set features top orchestras from Berlin, Vienna, Hamburg and Munich. As a bonus, Jochum Live in Bayreuth is also included.

The works of Anton Bruckner were at the centre of his career as a conductor right from the start: for his very first concert, the debut with the Munich Philharmonic in 1927, Eugen Jochum (1902-1987) selected Anton Bruckners 7th Symphony. From Kiel and Lübeck, his journey took him via Mannheim to Duisburg, where he was appointed musical director. The still young radio brought him to Berlin as a musical director in 1932, where he also worked as bandmaster at the Opera for the next two years.

When a successor to Karl Böhm, who relocated to Dresden, was wanted in Hamburg in 1934, Eugen Jochum was chosen as the new head of the Philharmonic State Orchestra. He retained this position until 1949 and then moved to Munich to take over the leadership of the newly founded Symphony Orchestra of the Bavarian Radio there. The recordings from Berlin, Hamburg and Munich compiled in this 10-CD box convey an impression of the well-deserved appreciation from audience and critics Jochum had enjoyed in those early years. They are complemented by live recordings of the few appearances by the conductor at the Bayreuth Festival.