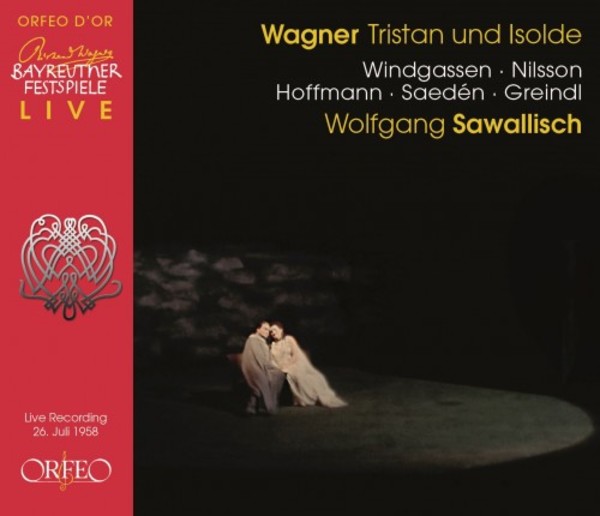 There are few artists who have dominated a particular vocal field of highly challenging roles unrivalled for so many years as the Swedish soprano Birgit Nilsson in her highly dramatic roles in the operas of Richard Wagner and Richard Strauss. That dominance has continued to resonate in the decades since her retirement in 1984 and the years since her death in 2005; indeed, it has been reinforced  one could even say her reputation has been immortalized  by numerous benchmark recordings.

In her witty memoirs Nilsson recalled how, after her first audition in Bayreuth, Wieland Wagner knelt before her in his office and, to her great astonishment, offered her any role she wanted  amusingly adding but never Isolde or Brünhilde. As history recalls, things turned out differently in the end. There are several things that are remarkable about this Tristan performance released here officially for the first time. It documents her Bayreuth debut in one of the aforementioned roles in which she was to shine, one which she embodied to such an extent that until 1970 she was effectively Isolde. Her initial success in Bayreuth  as we can hear on this recording  came in productions under Wolfgang Wagner, before her now legendary collaboration with Wieland. Musical direction in this case was in the hands of the young Wolfgang Sawallisch, whom Nilsson admired greatly. Surprisingly, the production was not a great success until its second year, from which this recording derives. Alongside great singers like Wolfgang Windgassen, Grace Hoffman, Josef Greindl and Fritz Uhl, who would later frequently partner her, fellow Swede Erik Saedén gave a convincing reading of Kurwenal.

To mark the 100th birthday of this outstanding singer on May 17, 2018, it is worth recalling Wieland Wagners characterisation of the three great post-war Isoldes: Martha Mödl was the tragic Isolde dogged by fate, Astrid Varnay was the vengeful Isolde, and Birgit Nilsson was the loving Isolde.