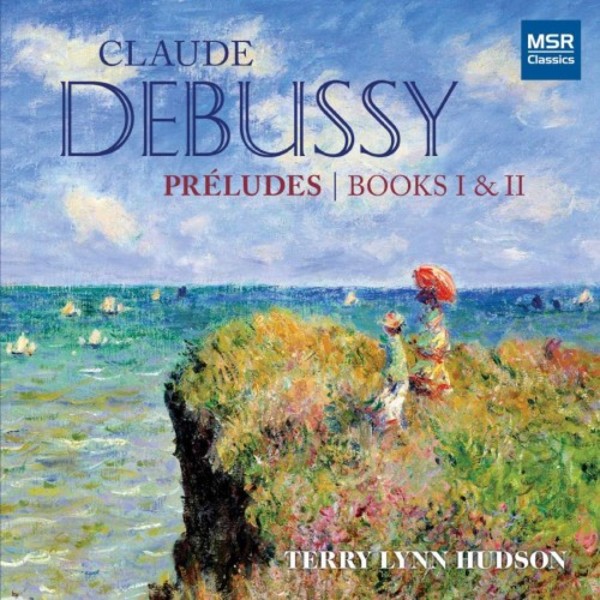 The Préludes of Claude Debussy have long been part of the standard repertoire; one would be challenged to find a pianist who has not performed or taught at least one of these works. This is hardly surprising, as they serve as stunning displays of the composers musical inventiveness blended with a mastery of the keyboard idiom. The Préludes are rather late in Debussys output, with Book I completed in 1910 and Book II in 1913. By this point, he had progressed beyond those early works that referenced the past (Ballade, Pour le Piano) and had produced a number of the masterpieces indicative of his mature style (the two sets of Images). The Préludes exhibit all of the hallmarks of this musical maturity - including harmonic sophistication, rhythmic intricacy, formal fluidity - and adding to their appeal, each Prélude evokes a specific image, character, legend, or poem, allowing for exceptional interest and variety in these twenty-four compact pieces.

Since their publication, the Debussy Préludes have remained among the mainstays of the literature, enduringly appealing because the composer leads us on a journey through isolation, serenity, mysticism, whimsy, reverence, and power in a most imaginative fashion. In Debussy: His Life and Mind (Cambridge University Press, 1979), biographer Edward Lockspeiser described the Préludes as a quest for visions as yet unrecorded in music. What a lovely way to crystallize what Debussy accomplished in composing these works!
 Terry Lynn Hudson
Terry Lynn Hudson is a committed and well-rounded performer, having presented recitals as a soloist, duo pianist and chamber musician in Europe, Central America and throughout the United States. She has a special affinity for French piano literature and contemporary ensemble works, and her programs often feature this repertoire. Recent recitals include performances of Debussys complete Préludes in Paris, a program of new American music for duo piano in London, two recitals on the Mozart Klaviersonaten series in Salzburg, solo recitals in Graz and San José (Costa Rica), duo recitals in Munich and Bremen, and guest programs presented across the United States. She is a frequent adjudicator for piano festivals and competitions and has given demonstrations and master classes at the London College of Music, Conservatoire à Rayonnement Régional de Paris, Universidad de Costa Rica, University of South Carolina, Abilene Christian University and the Peabody Institute. Other professional activity includes presentations and lecture-recitals at national, regional and state conferences of the Music Teachers National Association, College Music Society and Texas Music Educators Association. Hudson is an MSR and PARMA recording artist, and has been published in American Music Teacher, College Music Symposium and the MTNA E-Journal. She has been a prizewinner in numerous state and regional competitions and in the International Piano Recording Competition, and also has been honored for academic and leadership accomplishments. A native of Maryland, Hudson began formal musical studies at the Peabody Institutes Preparatory School, completing an Advanced Certificate in piano. She earned a Bachelors degree in Piano Performance from James Madison University, Masters degree from the University of Cincinnati College-Conservatory of Music, and a Doctorate at the University of Texas at Austin, where she was named the Couper Presidential Scholar in Piano Performance. Hudson is currently Associate Professor of Piano at Baylor University.

[Terry Lynn Hudson] has a special affinity for the piano music of Claude Debussy, whom she reveres as one who constantly endeavored to expand the capabilities of the instrument. Seen in this light, the two books of Preludes were a natural for this artist... Armed with a very impressive arsenal of technical skills, including an exceptional left hand, Terry Lynn Hudson obviously relishes her exploration of both the tonal and the descriptive riches of the Preludes.  Phil Muse, Audio Society of Atlanta