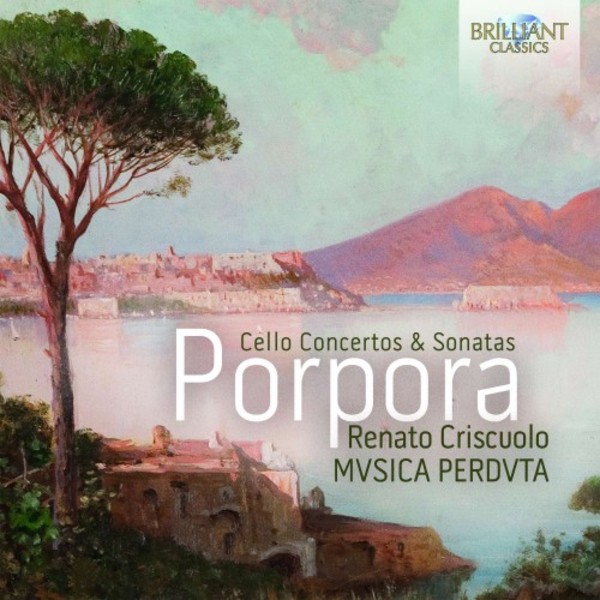 Nicola Porpora is an ideal subject for the ensemble Musica Perduta, who undertake musicological research in order to bring to light unpublished or unknown musical works by distinguished authors and composers, often performing their premieres in modern times and creating first-ever recordings using original period instruments or faithful copies thereof.

This CD set gathers all of Porporas manuscript works for solo cello and continuo, including some pieces currently or formerly attributed to the Neapolitan composer based on musicological evidence. Given the popularity of the solo cello among composers of the Neapolitan school and Porporas own mastery of the instrument, the existence of a substantial body of work in this genre is not surprising. The new attributions to Porpora have come from recent research conducted at the New York Public Library. One manuscript in the Harrach Collection has revealed the Sonata à violoncello solo & basso del Sig.r Nicolò Porpora in A, which appears alongside two works matching known Porpora compositions from the set of Six sonatas published by Walsh in London. Another manuscript groups two anonymous sonatas (in A major and C minor) with a third matching Porporas known F major Sonata, published by Schott in an edition by Piatti. These three new attributions to Porpora have never before been recorded.

Though the Concerto in A minor  part of the Bologna State Archives Malvezzi Campeggi collection  has recently been attributed to Porporas contemporary Nicola Fiorenza, it is included here because Porporas name does appear on the score and because it has been argued that Porpora wrote the work while in Venice teaching at the Ospedale degli Incurabili.

Porporas continual quest for new colours spurred solo cellist and Musica Perdutas musical director Renato Criscuolo to assign a range of different continuo forces to the sonatas: cello and harpsichord (Sonatas in F and A), double bass and harpsichord (Sonata in C minor), and a particularly Neapolitan long-necked lute, the colascione, with archlute (other Sonata in A).