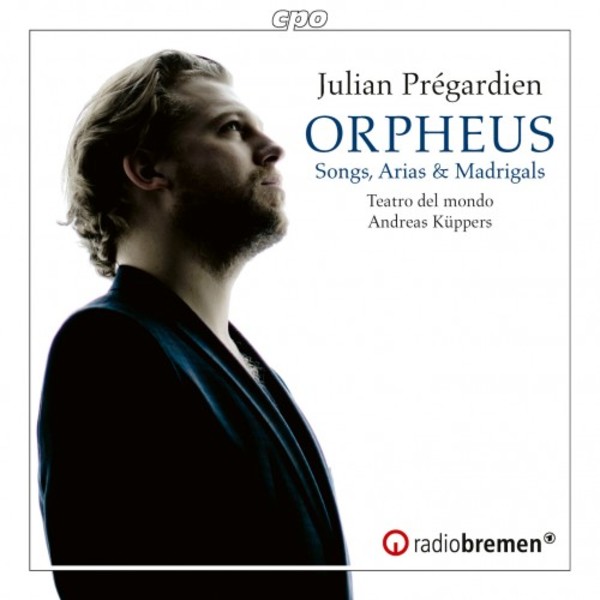 Around 1600 the early Baroque solo song with instrumental accompaniment began sharing the musical stage with polyphonic Renaissance vocal works of contrapuntal stamp. Although this period was distinguished by musical forms of great diversity and variability, there was one clear premise: the immediacy of musical expression. Consequently, the person of Orpheus became one of the most important figures. He was the singer who accompanied himself on the lyre and expressed his deepest feelings textually and musically. Here, tenor Julian Prégardien teams up with the ensemble Teatro del Mondo led by Andreas Küppers, who has assisted René Jacobs and others for many years, to trace the representation and reception of this mythical singer in the seventeenth century. Accompanied by a great many instruments, the musicians cover the first operas in Italy, spend time with part songs and lute songs from England, and discover song collections from Germany. Dances and diminutions function as interludes. This is a CD like a painting: Orpheus sings and plays in the midst of shepherds, nymphs, animals, trees, and stones.