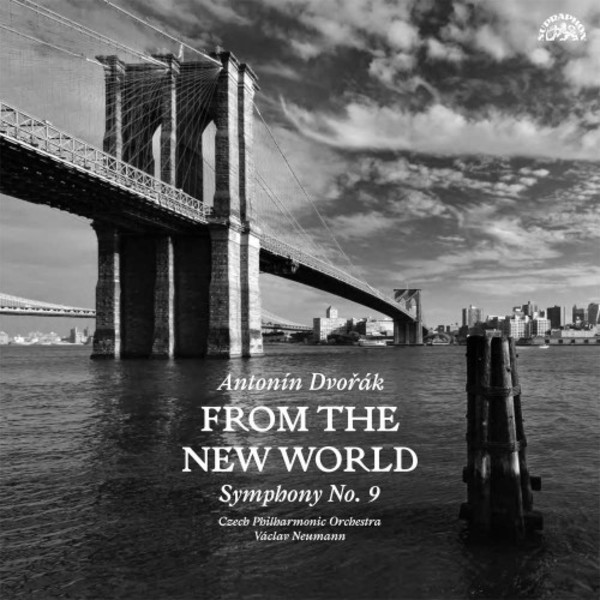 On two occasions during his tenure as chief conductor of the Czech Philharmonic (1968-1990) did Václav Neumann undertake a major, and beautiful, task  to make a studio recording of one of the best-known and most wonderful symphonies of all time, Antonín Dvořáks From the New World. The first recording was made in early 1972, with the orchestra possessing technical brilliance following Karel Ančerls era, yet craving for intensive emotionality and romantic flight  which they were duly afforded by their new charismatic chief conductor. The sheer magic of the recording is further enhanced by its analogue format, the technique that at the time enjoyed its apex, splendidly mastered by the recording team at the Dvořák Hall of the Rudolfinum in Prague.
Supraphon has now returned to the legendary recording, presented on a vinyl disc, while having made use of the state-of-the art cutting (DMM, Pauler Acoustics) and pressing (Schallplattenfabrik Pallas) technologies. True connoisseurs will undoubtedly welcome the possibility of free downloading of the recording in Hi-Res (24 bit / 192 kHz), thus having been given the choice between listening to the warm vinyl sound and analytically savouring all the details in a digital re-recording from a top-quality tape. The legendary recording deserves the utmost care  and a keen listener.