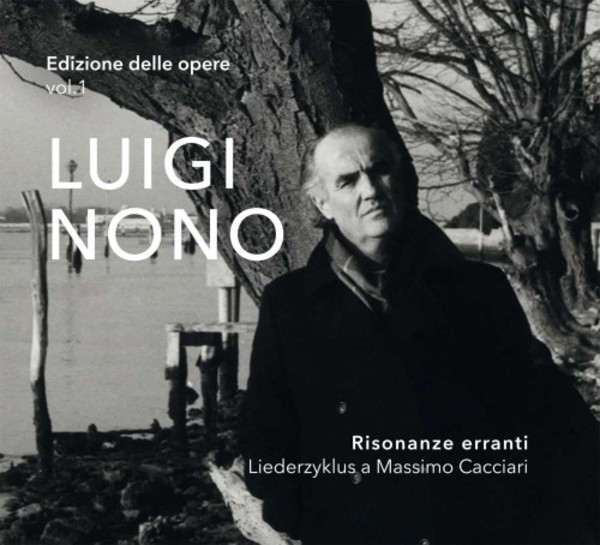 The poetic significance of Risonanze erranti (1985-87) should be interpreted in the light of the reflections developed since the summer of 1975 with the Venetian friend and philosopher Massimo Cacciari, to whom the work is dedicated. After Al gran sole carico damore (In the Bright Sunshine Heavy with Love) (1972-74) Nono, obsessed by a sense of anguish owed to his solitude and his activism frustrated by the stagnation of Italian music institutions, felt the need to re-examine his work as a composer, in the Gramscian sense of an organic intellectual in the society. His meeting with the philosopher revived his interest in the critical and artistic activity in the Vienna of Ludwig Wittgensteins Tractatus Logico-Philosophicus, and more broadly in the Mitteleuropean culture between the 19th and 20th centuries, which he perceived as a higher commitment to the quest for truth, as opposed to the falsehood of political scientific, religious, logical-mathematical thought and the misleading implications of language. As regards the past his protest is intensely isolated, reflecting the anxiety of modern man who seeks comfort in the solitude of his own inward space to evade the storm and the caducity of time and listen to the breathing limpidity of the freedom of the infinite, as in the verses of the seventh of Rainer Maria Rilkes Duino Elegies, chosen by Cacciari and used by Nono in Das atmende Klarsein [The Breathing Clarity] (1981), a work that contains in a nutshell the poetics of his production in the 1980s. Drinking at the source of Mnemosyne we explode, ins Freie, in the Free, into the Open, removing the world from the gaze that condemns it to the meaninglessness of the event, of the moment that follows the moment, as Cacciari declared in a text written in 1990).  Marinella Ramazzotti