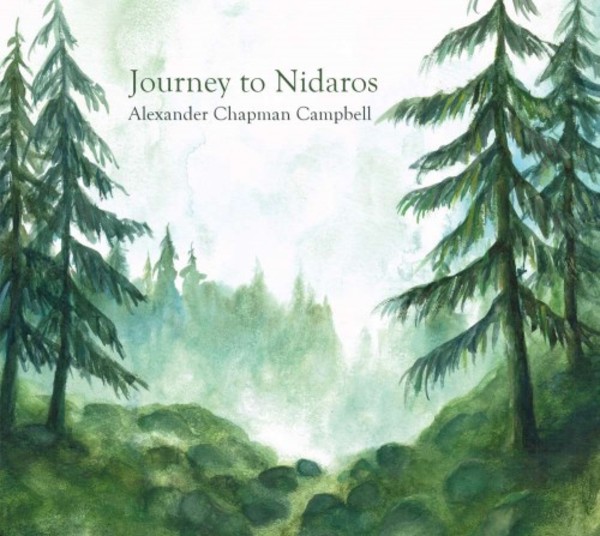 In the summer of 2015, Alexander Chapman Campbell set off to walk the ancient Norwegian pilgrimage route from Oslo to Nidaros Cathedral with the intention of enjoying solitude, wilderness and time away from composition. However, by chance, wherever Alexander went, he kept coming across pianos. Unexpectedly, the journey became an increasingly musical one, and this beautiful collection of solo piano music is the result of his adventures.

For a long time Norway had been whispering to me; to my imagination it was a place of high mountains, sparkling waterfalls and deep forests full of mysteryI had read that I was unlikely to meet many people during the five weeks of walking, so the idea of playing a piano simply hadnt occurred to me.

Alexander has forged a unique musical path for himself. His music has become known for its striking beauty and originality. Described by Positive News as not jazz, not classical, not improvised, but a glimpse of something new, and by ClassicFM as refreshingly original, it isnt easily described or placed into a genre.

Other albums by Alexander: Sk

etches of Light and Portraits of Earth. His music is featured widely across radio and television and has featured on several chart-topping compilation albums.

Chapman Campbell - For the Love of Life