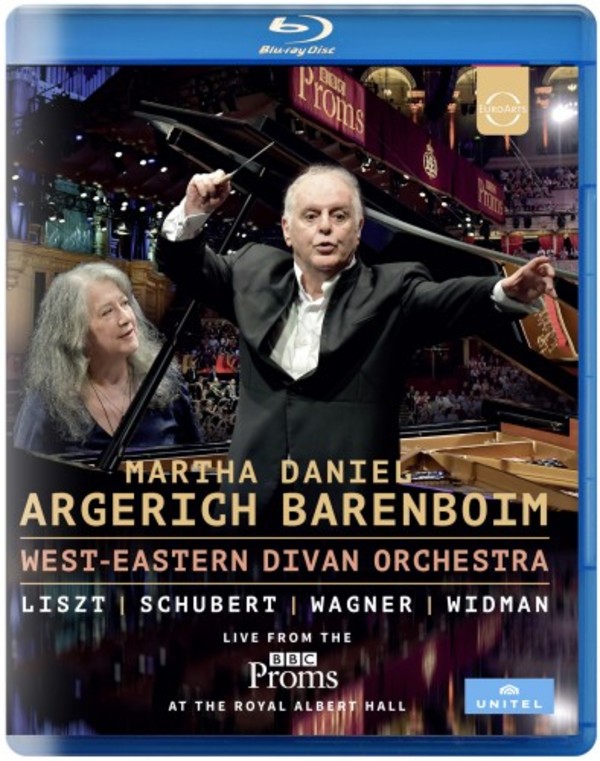 Rondo in A major for piano duet, D951

Rondo in A major for piano duet, D951

The West-Eastern Divan Orchestra are not only an internationally-acclaimed touring orchestra but also a symbol of tolerance and understanding between people. Their Prom opens with Jörg Widmanns riotous overture Con brio, which uses fragments of Beethovens Seventh and Eighth Symphonies and looks at them through a 21st-century prism.

Orchestra and conductor are joined by the legendary Martha Argerich. Argerich gives an unforgettable performance of Liszts Piano Concerto No.1 dazzling the audience with her playing as frighteningly precise as it has always been (The Guardian).

For the encore, the two childhood friends join forces at the piano for a four-handed rendition of Schuberts Rondo in A which for 12 minutes provided a glimpse of paradise (Evening Standard), holding 6000 people spellbound (The Times).

The concert is completed with popular excerpts from Wagners Tannhäuser and The Mastersingers of Nuremberg  both of which feature a song contest at their heart  as well as from Götterdämmerung, the final instalment of Wagners Ring.

The Proms dont come more stellar than this! Daniel Barenboim and his West-Eastern Divan Orchestra would have comfortably filled the hall on their own, while Martha Argerich could have filled it three times over  The Independent