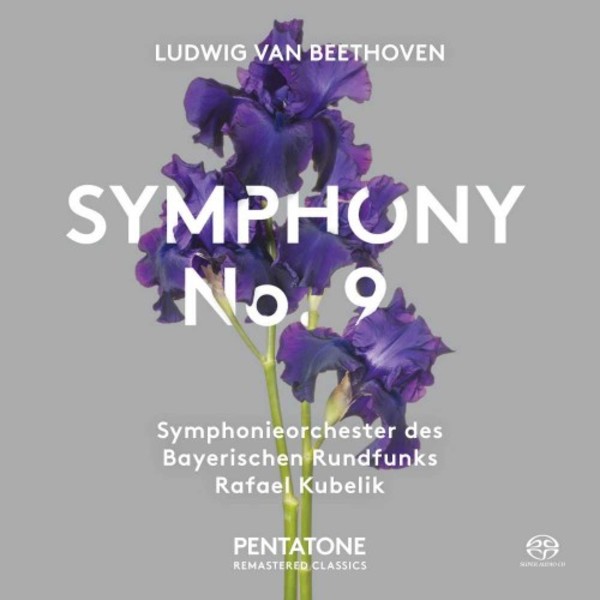 Pentatones fourth release from Rafael Kubelíks acclaimed Beethoven symphonies in its Remastered Classics series in his commanding reading of the Ninth Symphony performed by the Symphonieorchester des Bayerischen Rundfunks, joined by the Chor des Bayerischen Rundfunks and a quartet of outstanding soloists in the famous choral finale with the Ode to Joy.  Beethovens Ninth is one of the best symphonies ever written. Kubelíks Beethoven interpretations in general also define this performance. His reading of the Ninth brings together sweeping grandeur, volatile energy and radiant emotion with crisp orchestral playing and fine articulation. His deeply felt rendition fully lives up to the human aspiration and cosmic majesty of this exceptional work (allmusic.com).

Rafael Kubelík recorded his cycle of Beethoven symphonies in the 1970s for Deutsche Grammophon, each with a different orchestra, earning widespread praise. Although recorded in multi-channel sound, these unmissable performances have previously been available only in the conventional two-channel stereo format. Using state of the art technology which avoids the need for re-mixing, PENTATONEs engineers have remastered the original studio tapes to bring the performances to life as originally intended: in compelling and pristine multi-channel sound.