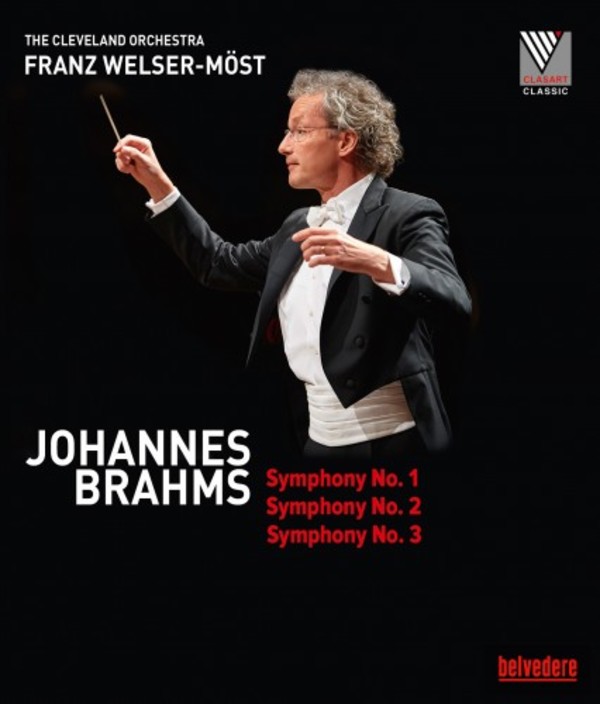 The Cleveland Orchestra is the aristocrat among American orchestras (The Telegraph) and its sovereign, Franz Welser-Möst, rules his subjects with a velvet glove. Indeed, velvet and silk keep showing up in descriptions of the Clevelanders sound under its principal conductor. It is Welser-Mösts nimble alternation between smoothness and a sound thats as sharp-edged as a skyscraper (The Telegraph after the Brahmss First at the orchestras London Proms concert) that keeps the ensemble and the audience figuratively on its toes.
It took Brahms many years to write his First Symphony, which was ultimately a blessing. The first sketches seem to have been made in the 1850s, but he continued working on it until 1876. From the very first soaring melody and the pounding, insistent timpani, the symphony clearly declares its independence from Beethoven, Schumann or Schubert. From small cells of indistinct melodic material, the composer spins brief melodies that he will later masterfully interweave. This is once again Welser-Mösts moment, his chance to let Brahmss mellow, silky sound (The Guardian) unfurl about the stage of Londons Royal Albert Hall during one of the prestigious BBC Promenade Concerts.
In the frenetically applauded (Die Presse) concert recorded at the splendid Golden Hall of Viennas Musikverein, Franz Welser-Möst leads his devoted and exemplarily precise musicians (Die Presse) in a rendition that polishes every detail to make the work glow from within. Brahmss Second Symphony  expansive and unhurried charms  the ear with its lyricism and excites it with its passionate tutti outbursts. It has been a favourite among Brahmss orchestral works since its premiere in late 1876.
In the evolution of Brahmss symphonic uvre, his penultimate Third Symphony unites the brightness of the Second with the monumentality of the Fourth. Strangely enough, even though the Third reaches several glorious outpourings of massed winds and strings, the work ends in pianissimo, leaving the listener slightly taken aback, reflective rather than jubilant. Yet this did not prevent the conductor of the Vienna world premiere in 1883, Hans Richter, from calling it the Heroic Symphony. Die Presse applauded the concert in which Franz Welser-Möst performed the Symphony as structurally highlighted, vividly sketched details modelled with great subtlety.
Symphony no.1 recorded live at the Royal Albert Hall, London, September 2014
Symphonies nos. 2 & 3 recorded live at the Musikverein, Vienna, September 2014
Sound: DTS-HD Master Audio 5.1, LPCM Stereo
TT: 116 min
Picture Format: 1080p High Definition 16:9
Region Code: worldwide
BD 50