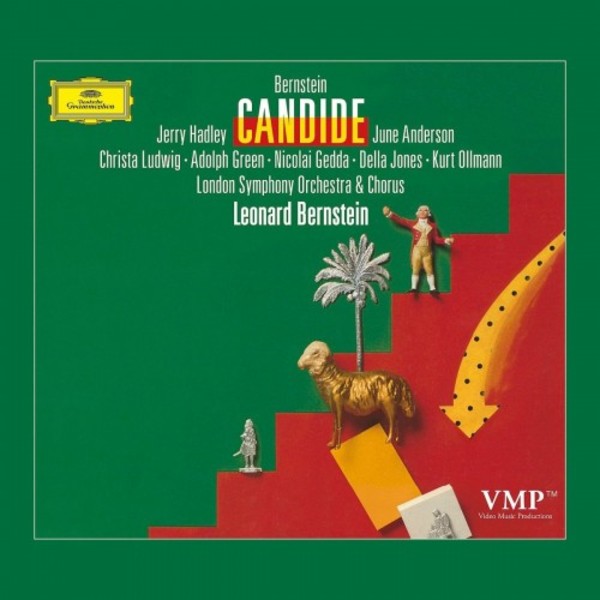 These performances, the video drawn from two London Barbican performances in December 1989, and the CDs made a few days later in Abbey Roads Studio One (which were Bernsteins last studio sessions), represent Bernsteins final thoughts on his great opera. Importantly, Bernstein also gives an amusing and thoughtful five-minute introduction to the work immediately before the video-taped performance and a short afterword

Candide has taken its rightful place at the top of Bernstein's creative canon, with as many hit numbers as the better known West Side Story. Moreover, DGs version of it is seen as the definitive statement of one of his greatest and most accessible compositions, created just eleven months before his untimely passing.

This is the first time the two performances, with identical cast, have been brought together in one format.

The DVD presents the videotaped performance in the mSurround Upmixing from 1991, developed by msm-studios, Munich  a process which uses the ambient information of an existing stereo audio to create a realistic 5.0 surround audio.

2 CDs plus 1 Surround Sound DVD: a deluxe hardback edition containing the complete opera with an introduction and afterword by the composer and conductor himself.

This is the first time the performances, with identical cast, the video drawn from two London Barbican performances in December 1989, and the CDs made a few days later in Abbey Road, have been brought together in one format.

A 170pp hardback book, including full libretto, synopsis and original essays plus rare images from the performance at the Barbican Centre, London on 13 December 1989.