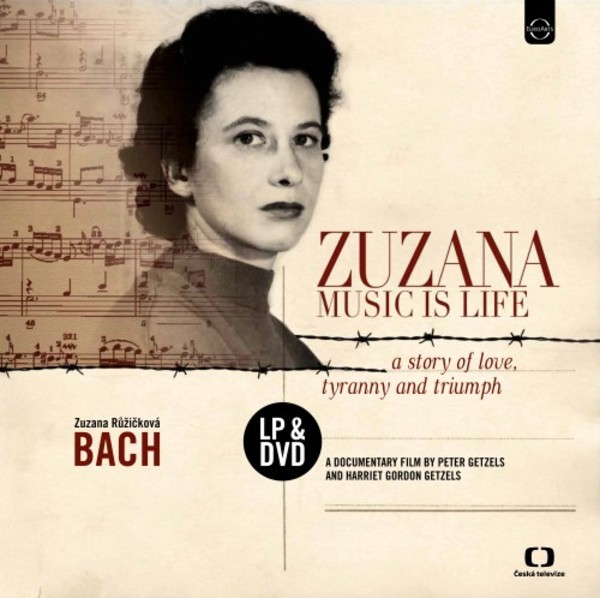 Zuzana: Music is Life - A Story of Love, Tyranny and Triumph (LP + DVD)

Zuzana: Music is Life is the thrilling documentary about Zuzana Růičková (1927-2017), telling us the remarkable story how she became a world-famous harpsichordist and interpreter of Bach under the Communist regime in Czechoslovakia after surviving three concentration camps during her teenage years.

Zuzana's life story is exceptional not just because she returned to Czechoslovakia after the war to fulfil her childhood dream of a career in music; but also in how she navigated political and religious persecution while becoming an international concert and competition sensation.  As she reveals her life of hope and fear, the little-known story of Czechoslovakia emerges, from the promise of 1930s democracy to the Nazi invasion, followed by the grinding brutality of forty years of Soviet occupation.

As she shares her story, Zuzana transcends the personal aspects in a deeply affecting look at the redemptive power of art during the Czech Republic's turbulent 20th century.

Shes a musical pioneer, a grande dame of her countrys music scene. Her story sounds like a movie. Now, it is one.  The Washington Post

DVD bonus features: additional interviews with Mahan Esfahani, Zuzana Růičková and with Robert Neufeld on the making of the film music