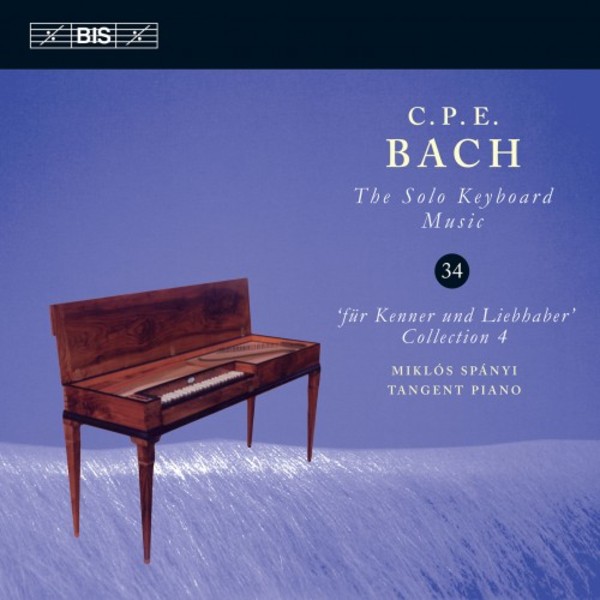 Carl Philipp Emanuel Bach had begun his series für Kenner und Liebhaber  for Connaisseurs and Amateurs  with the traditional formula of a set of six sonatas, but became more unconventional in the second and third collection in which he alternated three sonatas with three rondos. With the fourth instalment, published in 1783, he went further still as he increased the number of pieces to seven and added free fantasias to the sonatas and rondos.
Continuing his survey of Bachs keyboard music  and the Kenner und Liebhaber series  Miklós Spányi performs the collection on a tangent piano, an early form of the piano with strings that are struck by small wooden slips (tangents). The basic sound of the instrument is reminiscent of the harpsichord, but this can be modified in a number of ways through the use of various devices. Spányi rounds off the programme with two further works, of which the Sonata in F major, Wq 65/19 may be the very last keyboard composition that Bach completed during his lifetime.