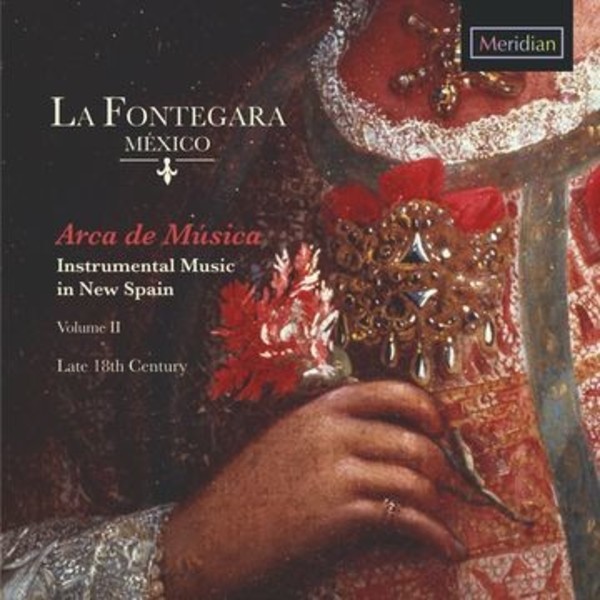 Sonata no.2 in C major for 2 flutes

Sonata in A minor for flute and continuo

Sonata no.2 in C major for 2 flutes

Sonata in A minor for flute and continuo

The manuscript sources used for Arca de Música Vols. 1 and 2, allow us to discover a new world: that of the varied instrumental performance practices in New Spain, which show to have been diverse and dynamic, reflecting the 18th-century Mexican society. La Fontegara's interpretation of this music aims to recreate these practices through combining the research of original sources with understanding how music could have sounded in the houses, theatres and palaces of 18th-century Mexico, with creativity and imagination.

La Fontegara is one of Mexicos leading ensembles dedicated to the performance of Renaissance and Baroque music on replicas of original instruments.

The ensemble was formed in 1988 after individual studies in Mexico, Chicago, Boston and The Hague. They have performed extensively in Mexico as well as in Spain, Germany, Central and South America, and in numerous festivals and concert series throughout the United States.

They recorded Sonatas Novohispanas I and II, the interactive CD Resonancia for Urtext Digital Classics, and the CD Godfather for Meridian. Members of La Fontegara are professors at the Facultad de Música of the Universidad Nacional Autónoma de México.

With Dances and Delight: 16th-Century Music from England and Abroad