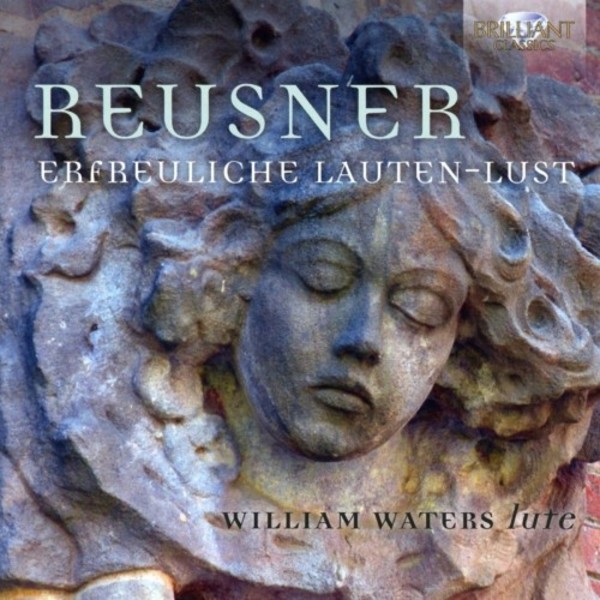 Early‐Baroque dance suites composed by a lutenist prodigy and freshly interpreted by a modern master of the instrument.

Esaias Reusner (1636‐1679) is properly known as Reusner the younger. Born in Silesia in the middle of the Thirty Years War which was then ravaging Europe, he was taught by his father, who was a musician in the local ducal court. By the age of 12 young Esiaias had entered the service of the Swedish general Count Wittenberg as a page. Having moved around Europe in the employ of several aristocrats, he settled back in his home region by the age of 20 as lutenist to Georg III, Duke of Silesia. He retained this position for another 20 years before moving to Leipzig and then Berlin, where he died in 1679.

His cosmopolitan life is reflected in the international character of his surviving compositions: he was the first German composer to write for the French 11‐course lute, and in the style brisé of elegant, broken chords associated with the masterpieces of Couperin. There are two collections, of which William Waters presents the first, Delitiae Testudinis, oder Erfreuliche Lauten‐Lust, published in 1667 and then in two revised editions. There are 10 suites here, and they reflect the pleasure and relief he sought from the violence and conflict around him: ever since my youth the soft and sweet sonority of noble music that quickens the spirit has been my only amusement and pleasure, and thereto I have sacrificed the greater part of my time with the lute.

A course of study with the pioneering lutenist Hopkinson Smith changed the course of William Waters career. Having trained as a guitarist, he redirected his energies towards the vibrant culture of early music and became a founding member of two significant Catalan early‐music ensembles, the Byrd Consort of Viols and the Liaison Ensemble. He is also a member of the Paris‐based Lachrimae Consort. He now passes on to students his decades of experience and learning in the field of early plucked instruments as a professor at the conservatoire of Vila‐Seca, Tarragona.

Christmas at the Munich Court