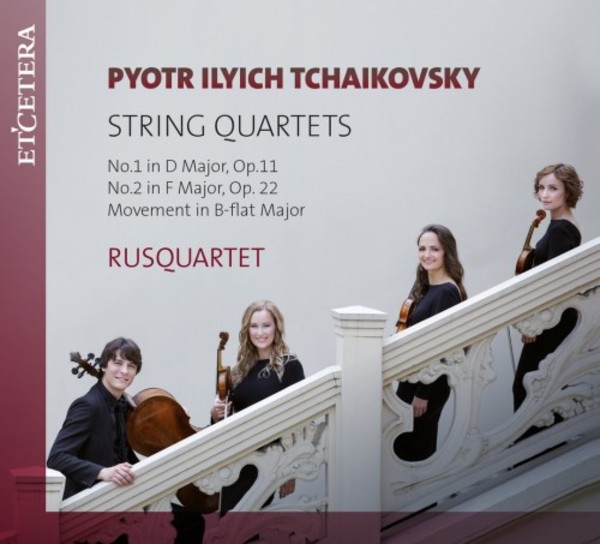 Rusquartet was founded in 2001 at the Moscow Tchaikovsky Conservatory under the tutelage of Galina Soboleva, cellist of the Prokofiev Quartet. The members of Rusquartet are DMA graduates from the Moscow Tchaikovsky Conservatory, where they have been students of Dmitry Shebalin (violist of the Borodin Quartet). Throughout the years the musicians of Rusquartet attended master classes by many Russian and foreign performers from the Borodin, Kopelman, Alban Berg, Artis, Schoenberg, Juilliard, Emerson, Cleveland and Takacs quartets. Henk Guittart (The Netherlands, Schoenberg Quartet) became one of their main mentors. In 2006 Rusquartet won first prize at the Rheinsberg competition in honour of Shostakovichs 100th anniversary. In 2007 the quartet was invited as one of ten string quartets to participate in the prestigious Banff International String Quartet Competition. In October 2008 the quartet won first prize at the 8th Shostakovich Competition in Moscow.

The repertoire of Rusquartet is extensive and diverse; it embraces music of many different styles and epochs. The musicians are actively promoting contemporary composers and rarely performed compositions. The quartets programmes include works by Andrei Eshpai, Mikhail Marutaev, Alexander Lokshin, Georges Onslow, Lex van Delden, Kelly-Marie Murphy, Steve Martland, Jonathan Dove and Olli Mustonen. In 2010 Rusquartet performed the world-premiere of Samuel Feinbergs string quartet in a Moscow Festival devoted to Samuel Feinbergs 120th anniversary. Dutch composer Louis Andriessen praised Rusquartet when it performed all of his five quartets in 2009 at the Vancouver festival. Rusquartet collaborated with the Borromeo Quartet, Stephen Prutsman (piano), Andrés Díaz (cello), Charles Neidich (clarinet), Philippe Graffin (violin), the Glinka Quartet, Alan R. Kay (clarinet) and Hardy Rittner (piano). Rusquartets performances were broadcasted in many countries. The quartet recorded a CD with works by Taneyev and Shebalin. Since 2016 Rusquartet is the string quartet-in-residence at the Orlando Festival (The Netherlands), where they perform a wide variety of quartet repertoire and other chamber music.