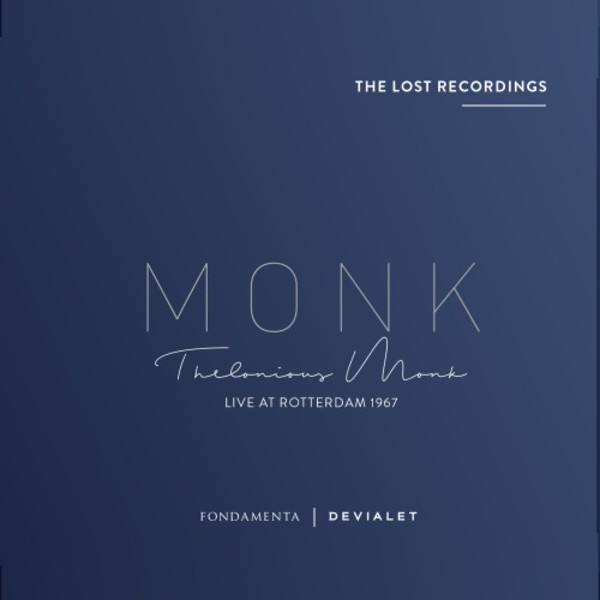 The 1960s  a most paradoxical decade for Thelonious Monk, who became a genuine darling of both the audience and the media (he was on the cover of prestigious Time Magazine in February 1964  a definite proof of his newfound stardom), while increasingly narrowing his field to a form of creative repetition: his genius manifested itself in the way he obsessively worked and re-worked a few themes and motives; his discourse was still original and fascinating, but also more and more openly compulsive in its neurotic process of narrowing down older forms  until no renewal or breakthrough became possible, as no outside elements whatsoever could be integrated into the existing formula.

The gig recorded on 28 October 1967 at the De Doelen concert palace in Rotterdam, stands out in so far as it breaks away from Monks usual setup: his quartet performance (with bassist Larry Gales and drummer Ben Riley) is peppered with prestigious guest appearances  and all the musicians were already familiar with the pianist's universe: trumpet players Ray Copeland and Clark Terry, saxophone players Johnny Griffin and Phil Woods, and trombonist Jimmy Cleveland... It wasn't the first time that Monk played in an enhanced band (two of his major records prove his taste for bigger bands: The Thelonious Monk Orchestra At Town Hall, recorded in 1959, has him spearheading a tentet, arranged by Hal Overton; and Big Band and Quartet in Concert, a 1963 NYC Philharmonic Hall recording, displays a similar orchestral setup); the scenario they came up with on this tour was original to say the least: the quartet, after performing two numbers (Ruby My Dear and Hackensack), gradually added on performers, first becoming a quintet (with a solo by Ray Copeland) then an octet  until Blue Monk, which was performed by a mini big band of nine musicians, starring the virtuoso bugle of inspired genius Clark Terry.