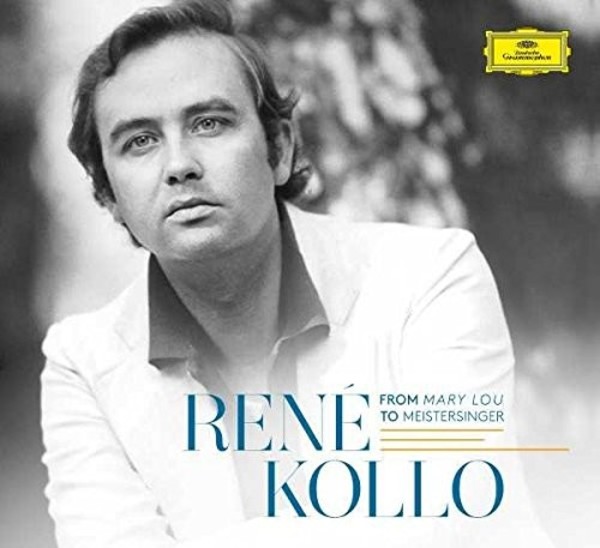 The collection spans the wide range of his repertoire: on the one hand legendary Heldentenor roles with conductors such as Bernstein, Kleiber and Solti, on the other, operettas, folksongs and Weills Threepenny Opera. Also included is one of Kollos big early successes as a pop singer: his charming 1961 German-language version of the international hit Mary Lou.

René Kollo has never accepted the distinction between the echelons of serious art or high culture and entertainment. From a background of operetta that embraced the revue and cabaret genres, Kollo took an interest in Dixieland jazz, flirted with success in the pop music genre, then drifted toward opera. He went on to sing not only arias by Puccini and Verdi but also Lehár and Cole Porter, and became a legendary Wagner tenor. As he wrote in the preface to a programme booklet in 1982, Lohengrin didnt want to watch over the Holy Grail, he wanted to descend to humankind. Nor do I feel called upon to focus exclusively on guarding the Grail of German art.

One of the most beloved and acclaimed Wagner tenors of the 20th century, his first Tannhäuser was recorded with Georg Solti as early as 1970. Following his Lohengrin triumph at Bayreuth, Herbert von Karajan invited him to perform at the Salzburg Easter Festival in a production of Die Meistersinger with the Berliner Philharmoniker. A studio recording with the Dresden Staatskapelle followed as did international débuts in quick succession: Vienna, Chicago, New York, London. And of course, Kollo was de rigueur in Bayreuths Centennial Ring conducted by Pierre Boulez.

His vast operatic repertoire encompassed Tamino to Florestan, Don José and Otello to Benjamin Brittens Peter Grimes. In his stunning live performances Kollo identified completely with his roles and brought impressive character studies whether as Tannhäuser or Tristan, Herodes in Salome or Macheath in The Threepenny Opera.