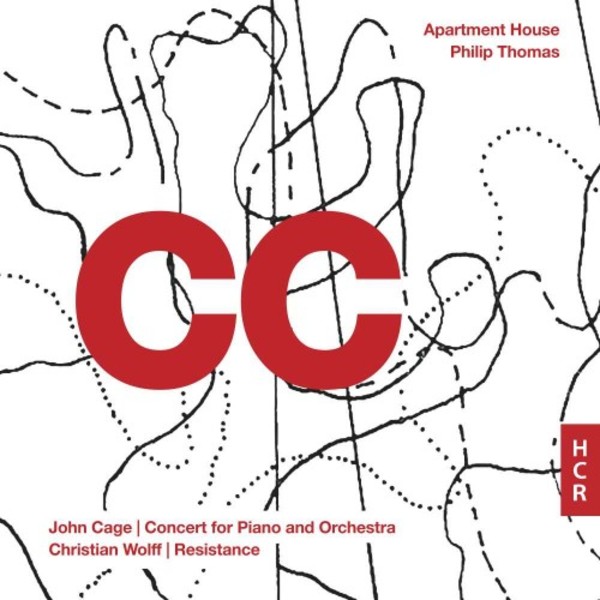 Concert for piano and orchestra

Concert for piano and orchestra

Sixty years after John Cage began composing his most extensive and ambitious compendium of indeterminate and graphic notations, the Concert for Piano and Orchestra (1957-58) remains something of a mystery. Often discussed for its stunning array of unusual and elaborate notations, it is all too rarely performed. As this recording testifies, it is a rich, dazzling and mesmerising work; carnivalesque, a 20th-century masterpiece.

As a companion work to the Concert for Piano and Orchestra, celebrated American composer Christian Wolff - a close associate of Cage and fellow member of the New York School - was commissioned to write a new work for Apartment House. The result, Resistance, was premiered in July 2017. Both works celebrate performance as a unique event, and the openness of the scores produces music which resists repetition. Both works question the nature of an ensemble, how musicians and sounds relate to one another, and the functions of musical form in ways that, like Wolffs title, seem vital to contemporary life.

This recording by Apartment House with Philip Thomas (piano) marks a long and rich engagement with the music of both Cage - in particular the Concert for Piano and Orchestra - and Wolff, whose music they have enjoyed performing for 15 years.

The Apartment House performance of Concert opened up a new way of hearing this music. As the discordant voices rose, coalesced, fell apart and were silenced, the piece became an ominous, unreadable symbol for the times ... Ive never heard a more powerful performance of the piece, live or on record. - Ben Harper