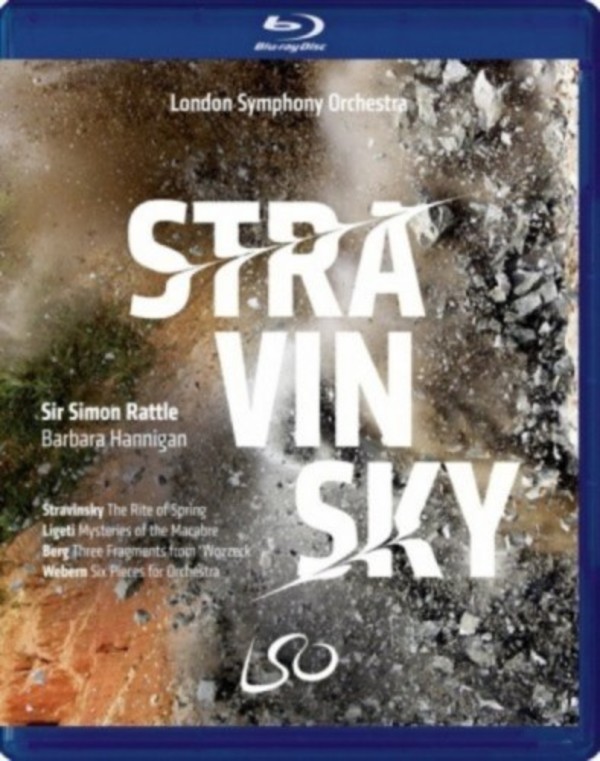 Bruchstucke (3) from Wozzeck, for soprano and orchesta

Mysteries of the Macabre

Bruchstucke (3) from Wozzeck, for soprano and orchesta

Mysteries of the Macabre

Sir Simon Rattle is joined by virtuosic soprano Barbara Hannigan for a modernist programme that showcases the immense capabilities of the London Symphony Orchestra.

At the heart of this concert is The Rite of Spring. Once decried, it is now a cornerstone of orchestral repertoire and considered by many to be the greatest work of the 20th century. Its elemental nature is best summed up by Stravinsky, who, in an unaccustomed moment of humilty, said that he didnt feel he was the composer of the piece, but simply the vessel through which it passsed. Sir Simon Rattle says: Ive been conducting it since I was 19...its one of those pieces that reminds you what the shock of the new is about and its still one of the great challenges and one of the great thrills to perform.

To accompany Stravinskys magnum opus Rattle chose music from the Second Viennese School. Weberns Six Pieces for Orchestra was given a richly expressive and pictoral performance, while Barbara Hannigan, appopriately dressed in a blood red gown, embodied the role of Marie in three fragments from Bergs potent opera Wozzeck.

As well as the Berg, Hannigan also debuted a now-famous version of one of her party pieces, Ligetis kaleidoscopic Mysteries of the Macabre. Chanelling Gepopo, the crazed chief of police from Le Grand Macabre, in three arias, this
display of coloratura pyrotechnics drew gasps as well as laughter from the enthralled audience.

In this modernist programme, Sir Simon Rattle and the LSO seemed a better match than ever...  The Telegraph ****

Simon Rattle marshals an impressive Rite of Spring...  The Guardian ****

Ligetis slice of absurdist nonsense is one of Hannigans party pieces and it is hard to imagine anyone bringing it off
with more pizzazz.  The Financial Times ****

The Rite of Spring does not dominate here, not becuase the performance is lame. Rather, it is part of something truly exceptional, joined here by masterpieces from Webern, Berg and Ligeti in performances of outstanding beauty, passion and power.  Christopher Dingle (Orchestral Choice)
BBC Music Magazine February 2018