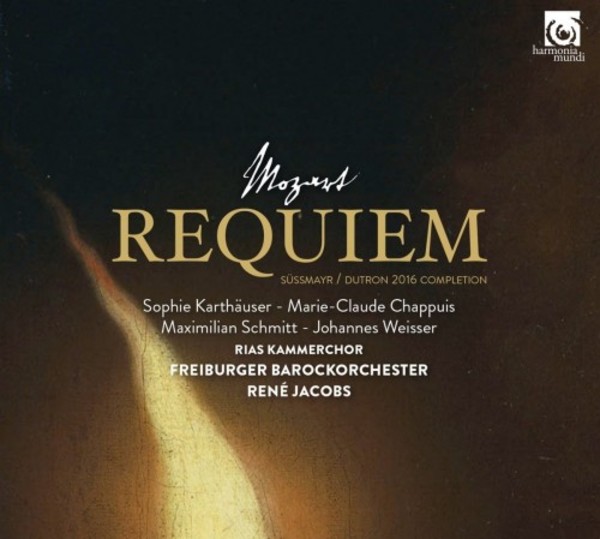 1791: a busy year for Mozart who, when he received a commission for a Requiem, was already working on Die Zauberflöte and had a deadline to deliver La clemenza di Tito. Everyone knows what happened next: the commission postponed, exhaustion and death, a work left unfinished and which, after several composers were approached, was finally completed by Süssmayr. This version gradually became established as the closest to Mozarts intentions, but is not free of faulty part-writing and orchestration. In 2016 a young French composer, Pierre-Henri Dutron, persuaded René Jacobs to perform his own revision of the Requiem completed by Süssmayr. This new version was created with great success in a series of five concerts around Europe in November 2016. We now present its first studio recording, released exclusively on Harmonia Mundi.