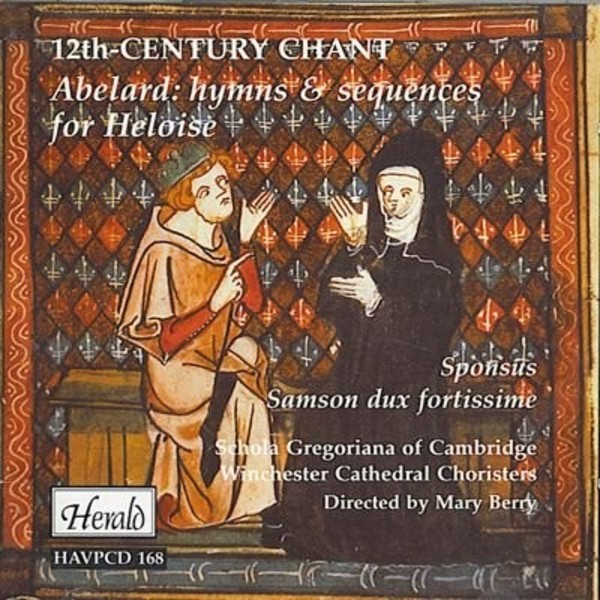 Two special gifts you had, wrote Heloise to Abelard years after their tragic separation, two special gifts whereby to attract straightway the heart of any woman whomsoever: the beauty of your songs and your singing Scholars have long suspected that at least a few of Master Peter Abelards love-lyrics may have found their way anonymously into the songbooks of the later Middle Ages; but not a single melody attributable to Abelard has proved recoverable.

Most medievalists tend to forget, however, that the tragic ending of the passionate love-affair between the celebrated school-man and the young Heloise marked the beginning of a new and even more profound relationship between the two. From his monastery in distant Brittany, Abelard, now Abbot of St Gildas, continued to write texts and melodies for Heloise, now Abbess of the Abbey of the Paraclete on the other side of France, near Troyes; and, in time, a sizeable body of Abelards compositions helped to give the liturgy of the Paraclete its distinctive note.

Mary Berry studied with Nadia Boulanger in Paris and with Thurston Dart at the University of Cambridge, where she specialised in sacred music. Following her doctoral thesis: The Performance of Plainsong in the Later Middle Ages and the Sixteenth Century, she researched the evolution of different styles and interpretation of 10th- and 12th-century chant, particularly in France, where she worked and studied for many years.

She became Fellow and Director of Studies in Music at Newnham College, Cambridge, and founded the Schola Gregoriana of Cambridge in 1975.

Recorded May 1993 at Winchester Cathedral

The Coming of St Augustine AD597 - Not Angles, but Angels