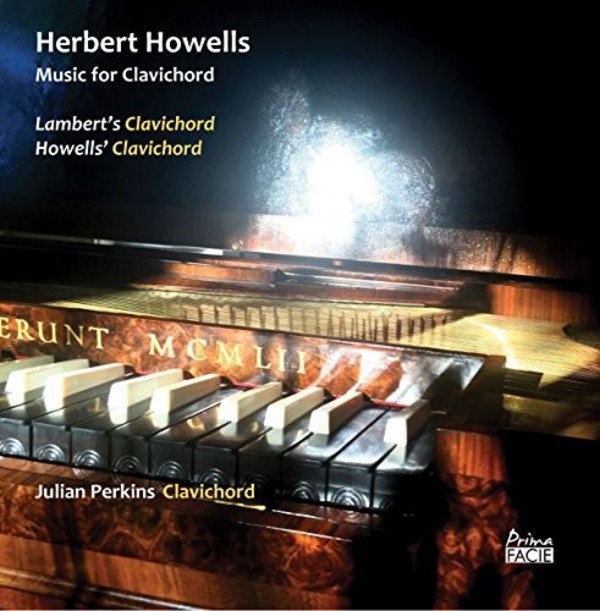 Prima Facie Records presents Herbert Howells: Music for Clavichord, performed by Julian Perkins. This is the first complete recording of all Howells published music for clavichord.

Writing about Lamberts Clavichord in 1928, Sir Richard Terry observed: Mr Howells has absorbed all the wealth and variety of Tudor rhythms, but keeps his own individuality intact. His music is modern inasmuch as he uses chords and progressions unknown in Tudor times, but the spirit of the old composers is there all the while. In other words, he and his instruments are one.

A favourite pupil of Sir Charles Villiers Stanford, Herbert Howells (1892-1983) studied at the Royal College of Music in London. The compositions of his early maturity received much critical acclaim, but a hostile reception of his second piano concerto in 1925 led to a period of uncertainty and relative compositional inactivity. The composing of Lamberts Clavichord in 1926/27 proved to be a restorative influence. After World War II, with the exception of the symphony and opera, he continued to compose in most musical forms, contributing especially to the music of the Anglican Church. In 1979 he retired from the teaching staff of the Royal College of Music in London after 59 years. He was also in constant demand as a highly discerning and constructive adjudicator.