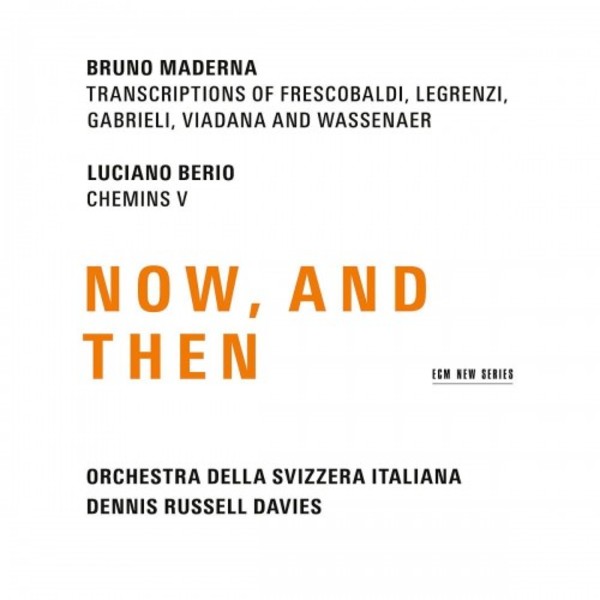 Maderna & Berio: Now, and Then

Unlike many of his radical new music colleagues, Bruno Maderna had a great affection for older music, especially that of the Italian Renaissance and Early Baroque eras. But his transcriptions had little to do with the orthodoxy of so-called historically informed interpretation. In the belief that works of art can be removed from their original contexts, he used contemporary instrumental resources to discover new meaning and a new validity in the works of old masters. His charming and evocative transcriptions and re-orchestrations of pieces by Frescobaldi, Legrenzi, Gabrieli, Viadana and Wassenaer are vividly conveyed by orchestra and conductor.

These pieces are brought together with Luciano Berios Chemins V (heard here in a premiere recording). As the composer himself noted, Chemins V can also be considered a transcription: it is a resetting, made in 1992 of Sequenza XI (1987/88), Berios masterful work for solo guitar, now enveloped by luminous writing for chamber orchestra. Argentinean guitarist Pablo Márquez brilliantly addresses the dialogic qualities of the solo part, conceived by Berio as an idiomatic exchange between the heritage of classical guitar and flamenco tradition, unfolding within the composers own expressive language.