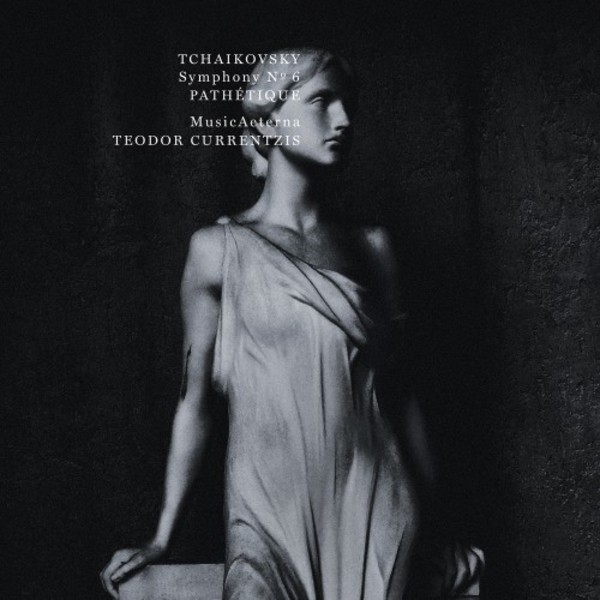 Sony Classical brings you Tchaikovskys Symphony No.6, performed by the global superstar Teodor Currentzis. Teodor Currentzis feels a very strong attachment to the music of Tchaikovsky  hes one of Teodors Top 3  along with Mahler and Mozart. Not only does he share Tchaikovskys alma mater of St Petersburg Conservatory  where the composers legacy is naturally still strongly felt - but the composers hometown of Votkinsk lies a mere 250km from Perm  the Perm Tchaikovsky State Opera House taking its moniker from its famous forebear. Naturally Currentzis has gravitated to the mighty Sixth Symphony  undoubtedly Tchaikovskys greatest and most poignant symphony. The composer entitled the work The Passionate Symphony, employing a Russian word, Патетическая (Pateticheskaya), meaning passionate or emotional, that was then mistranslated into French as pathétique, evoking pity. The composer led the first performance in St Petersburg in October 1893, nine days before his death. Teodor has so far been awarded seven Golden Masks  Russias prestigious theatre award  most recently in 2017 as Best Opera Conductor for La Traviata, a Perm Opera production directed by Robert Wilson. Previous awards include the Best Opera Conductor award (Wozzeck, Bolshoi 2009), for a brilliant performance of Prokofievs score (Cinderella, 2007) and for outstanding results in the area of authentic performance (The Marriage of Figaro, 2008).

Teodor Currentzis and MusicAeterna are exclusive Sony artists and have released the Mozart-Da Ponte trilogy, Stravinskys Les Noces and Tchaikovskys Violin Concerto, with Patricia Kopatchinskaja. Previous recordings include Shostakovichs Symphony No.14, Mozarts Requiem and Purcells Dido and Aeneas all on the Alpha label and the Shostakovich Piano Concertos with Alexander Melnikov and the Mahler Chamber Orchestra on the Harmonia Mundi label.

Its early days, but only the most exalted of comparisons suggest themselves: to Bernstein, Cantelli, Karajan ... or Mravinsky: all hewn out of different performing traditions while sculpted in relief from them, though none save Mravinsky executed to the present, uncanny degree of controlled ferocity.  Peter Quantrill
Gramophone January 2018

Few performances of Tchaikovskys angst-ridden symphonic masterpiece have encapsulated the overwhelming passion of its musical argument to the same degree as this brilliantly recorded account. ... Most remarkable of all is the clarity of sound achieved here which ensures every single layer in Tchaikovskys miraculously inventive orchestration can be heard. ... This performance is so devastatingly powerful that it would be difficult to imagine hearing anything else alongside it.  Erik Levi (Recording of the Month)
BBC Music Magazine February 2018