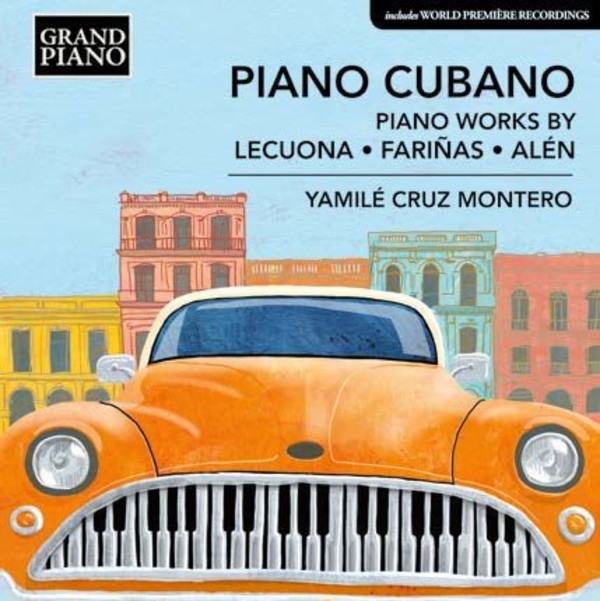 Some of the finest, most stylistically diverse and exciting Cuban piano music can be heard in this disc. Ernesto Lecuona is one of the greatest of all Latin-American composers. Malagueña, from the suite Andalucía, is considered the most powerful representation of Spain in Cuban music. Drawing on the Cuban genres of son and cancíon, the music of Carlos Fariñas radiates vivid colours, while that of Andrés Alén Rodríguez blends song, habanera and jazz influences.

Yamilé Cruz Montero studied at the Manuel Saumell Conservatory, the Amadeo Roldán Conservatory and at the Superior Institute of Art in Cuba. She received her Master of Music at the Music University in Munich. She has received several awards from institutions such as Amadeo Roldán and Musicalia in 2002, the María Clara Cullell International Piano Competition in 2004, Musicalia in 2007 and the Cuban Union of Writers and Artists in 2010. She was the first Cuban woman to perform the Third Piano Concerto of Prokofiev and has performed at major events and festivals in Havana. In addition to her European classical repertoire, Montero devotes herself particularly to Latin American composers, presenting new and unknown works.