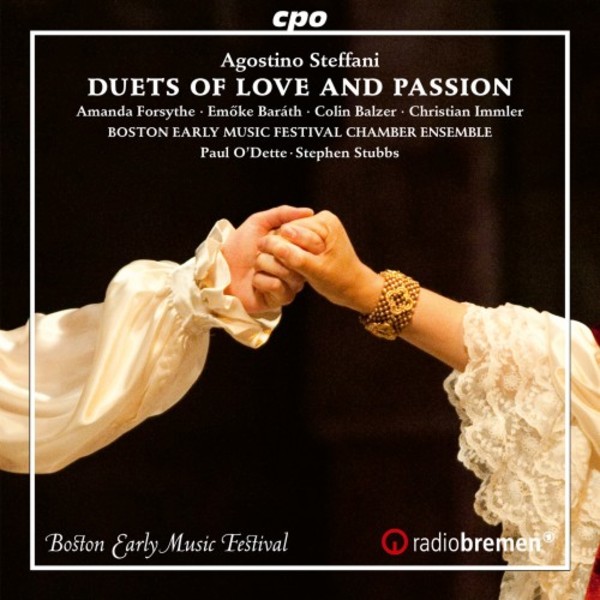 In 2015 the musicians of the Boston Early Music Festival won one of the coveted Grammy Awards in Los Angeles for the CPO production of operas by Charpentier with Radio Bremen. Now they have come together, once again in this exclusive broadcast studio, for performances of vocal duets by the baroque opera composer Agostino Steffani. For this release, the renowned BEMF has made a new discovery in the person of the young Hungarian soprano Emöke Barath, who regularly sings in prestigious European baroque ensembles with artists such as Valer Sabadus and Karina Gauvin. The chamber duet developed during the early years of the seventeenth century and experienced its greatest flourishing in the decades around 1700. Steffanis duets were and are regarded as the zenith of the genre not only because of their counterpoint and structure but also because of the quality of their invention. Riccati admired them for their deportment, which he described as unaffected, natural, and pleasurable, and loved their richly varied character and their cohesion as well as their treatment of words and dissonances. A more beautiful and more characteristic example of Agostino Steffanis art could hardly be found!