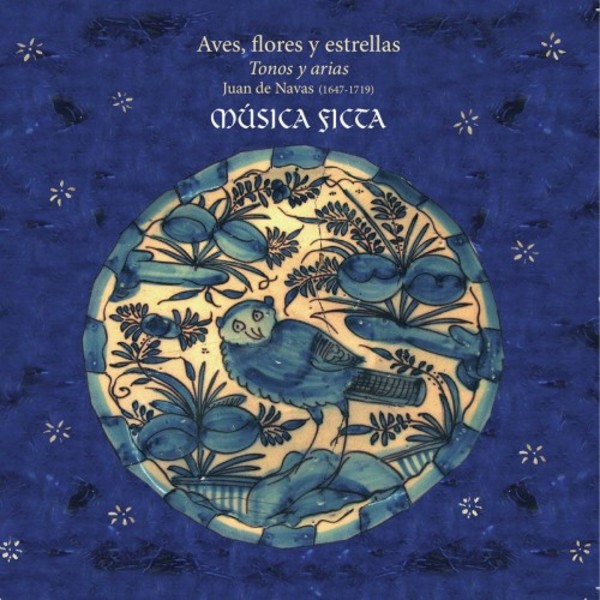 When named harpist of the Royal Chapel in Madrid in the year 1669, Juan Francisco de Navas Sagastiberri (1647-1719) had already been associated with the court and Chapel as composer and accompanist on the harp. Originally from Calatayud and from the generation that flourished after composer Juan Hidalgo, Navas followed Hidalgos footsteps to the point of declaring himself chosen by Hidalgo as his successor after Hidalgos demise in 1685. In any case, Navas officially requested Hidalgos Chapel position in 1688, which was granted (although not with the same salary as Hidalgo, as he had requested) and which he maintained until his death in October of 1719. During the period as Royal Chapel harpist, Navas composed music for courtesan festivities and theatrical works, of which at least thirteen are known, even if the number of pieces that have survived intact is considerably less. In fact, only one of his theatrical productions has survived in its entirety, the zarzuela Destinos vencen finezas. Only parts of his other zarzuelas survive in the form of tonos, tonadas, and arias that have acquired a life of their own beyond their original theatrical context. Navas emerged at the end of the 17th century as one of the heirs, together with Juan de Serqueira, of Hidalgos musical style, and his pieces form a relatively homogeneous repertoire despite the introduction of more modern elements, such as the use of obbligato instrumental parts.

The tono for one voice Rústicos ciudadanos de las ondas, is one of the few fragments known from the mythological comedy Duelos de ingenio y fortuna. The comedy was written by poet Francisco Antonio de Bances Candamo with music by Juan de Navas, and was performed in 1687 for the celebration of Charles IIs birthday. This tono, which makes part of the third act, is a lament sung by Arion (son of Neptune), before being thrown overboard with the purpose of calming a great storm threatening to sink the ship on which he was traveling. What stands out about this tono is its estribillo (refrain), which in a repetitive declamation style with minimal lyrical emphasis, contrasts with the melodic style of the verses. From a musical perspective, it is one of Navass most interesting pieces, with an emphasis on the sung declamation style inherited from Hidalgo. The rhythmic repetition and lack of ornamentation create a music-theatre enchantment.

Música Ficta is a vocal and instrumental ensemble specialized in the rich and fascinating Latin-American and Spanish baroque repertoire. The ensemble, considered one of the most important early music groups in Latin-America, has performed in more than thirty countries on four continents. Música Ficta has appeared at major early music festivals and venues around the world, including the Kennedy Center for the Arts and the Corcoran Gallery in Washington DC, Sainte Chapelle and the Conciergerie in Paris, the Victoria Concert Hall in Singapore, the Stour Festival in England, Caja Madrid in Barcelona and Madrid, Semana de Música Antigua de Estella in Spain, Festival Cervantino in Mexico, Festival de Chiquitos in Bolivia, the Rundale Palace in Latvia, the Cemal Resit Rey hall in Turkey, and the Teatro Colón in Colombia. The ensemble has also performed at major Latin American churches where much of its core repertoire was composed. Some of these include the cathedrals of Mexico City, Cartagena and Bogota (Colombia), Quito (Ecuador), La Paz (Bolivia), as well as some of the most important baroque churches in Peru, Brazil, and Bolivia.

Throughout its career, Música Ficta has passionately endeavored the dissemination of this often unknown and colorfully diverse repertoire. Its innovative and creative programs based on careful musicological research, create persuasive performances that have been warmly praised by music critics, and enthusiastically received by the public. Its performances have been broadcast by Radio France International, Radio Nederland (The Netherlands), Russkoye Radio (Russia), Cologne Radio (Germany) and National Public Radio (USA). Through its CD recordings for Arion (France), Arts Music (Germany), Centaur (USA), and Milan-Jade (France), Musica Ficta has highlighted the quality and international appeal of Latin-American and Spanish baroque repertoire. These recordings have received excellent reviews from the Washington Post, Klassik Magazin, Goldberg, American Record Guide, Audiophile Audition, Le Monde de la Musique, and Allmusic, in which the quality of the music and the ensemble has been emphasized.