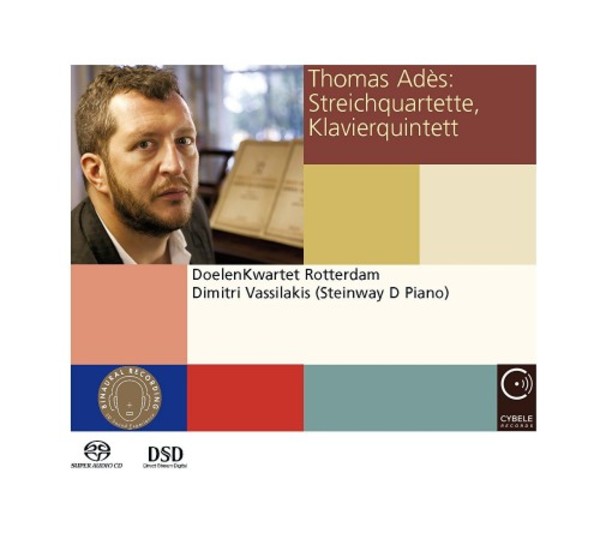 Thomas Adès, born in London in 1971, he studied piano at the Guildhall School of Music and Drama, and read music at Kings College, Cambridge. Adès has won numerous awards, including the Léonie Sonning Music Prize and the Grawemeyer Award, of which he is the youngest ever recipient.

His works have been established as a kind of modern classic, appearing several times on CD and entering the repertoire of many ensembles.

The range of reference in this and much of Adèss best-known music has yielded for the composer a reputation as a kind of postmodern ironist, whose enormous technical gifts, some have argued, disguise a lack of real imagination and an overreliance on the music of others. But Adèss musical idiom is always recognisably his own! Just as any composers musical material is shot through with conventions, habits and devices inherited from a range of traditions and practices, so too are Adèss musical idioms. Its just that he wears his affections in some respects closer to his sleeve.

If in that respect Adèss is a highly personal music, it is one which by virtue of its charm, skill and rigorous procedures, is capable of drawing us into its world of affections. It is this, above all, which endows his music with every bit the same kind of just rightness that one experiences in Chopin or Webern. And yet, unlike these composers, who always feel so fully at home in their material, with Adès one has more the sense of a figure who is constantly travelling.

The DoelenKwartet, ranking among the leading quartets in the realm of contemporary classical music  with a repertoire of about 250 mainly contemporary works and compositions from the early 20th century  enhanced by the exceptional pianist Dimitri Vassilakis from Ensemble Intercontemporain, interprets Adèss works with passion, history and intensity  attributes that characterize Adèss unique compository manuscript.