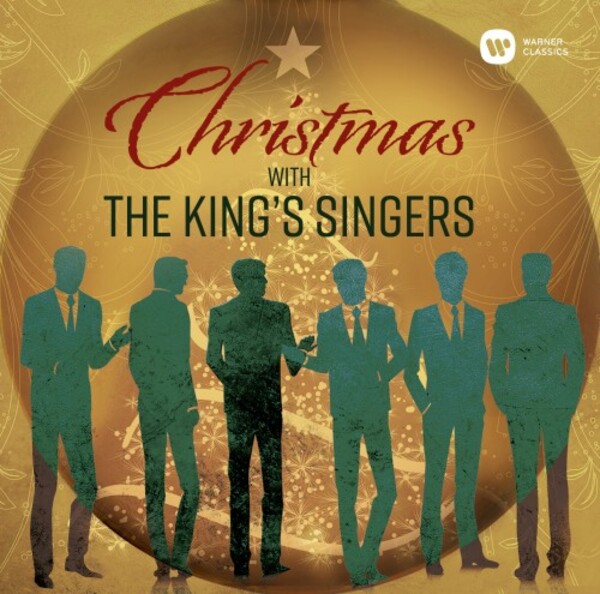 Christmas with the Kings Singers

A Little Christmas Music: if youve ever sung in a church choir or muffled up and sallied forth on a starry night in the bleak midwinter to go singing round the houses with a few friends, or if your idea of Christmas is a candle-lit hall decked with boughs of holly and distant voices singing familiar carols then you will derive real nostalgic cheer from this album  a festive Christmas journey with the Kings Singers and a cheeky homage in the form of a Mozart medley.

New music, old music, music from the Renaissance and Baroque, spirituals, folksongs, jazz and pop The Beatles, David Bowie, swing, classical avantgarde, waltzes by Strauss, and musical theatre songs. Which genre of music are the Kings Singers actually yet to interpret? Which style have they not yet captured within their unique global reach and within their transparent and intimate six-voiced sound world? One thing is for sure  when the Kings Singers came together at the end of the 1960s in Cambridge, no one would have believed the success story that lay ahead of them. Some musical experts were scathing: a male-only vocal sextet was most likely to be found in the pop sector. But trained voices are surely better suited to a professional career either in the opera world or in mixed professional choirs. After all, the founding members came from the famous Kings College Choir  one of the oldest surviving vocal institutions with nearly 500 years of history to its name. It is with this tradition behind them that the Kings Singers display the typical British musical virtues in which seriousness and humour, self-discipline, and a dash of satire all mix together so wonderfully.

This is especially evident in their Christmas repertoire. Christmas carols are a special national treasure for Brits and are therefore the focus of festivities. The six voices festive destinations also include the continent, such as Spain and Germany. Es ist ein Ros entsprungen by the German early Baroque master composer Michael Praetorius has become a Christmas standard. The world famous carol Stille Nacht, heilige Nacht (Silent Night) comes from the German-speaking world too, written for Christmas Eve in a village near Salzburg in 1818. The simple, classical melody radiates a little of the spirit of Mozart, who was born in Salzburg. What a pity there is no musical contribution to these Christmas festivities from Mozart, the Kings Singers may have thought! Perhaps thats how they came up with the idea for an amusing and cheeky Christmas medley of melodies from the great classical composer, reinforced by the harpsichord playing of English conductor Richard Hickox and the singing of guest star Kiri Te Kanawa.