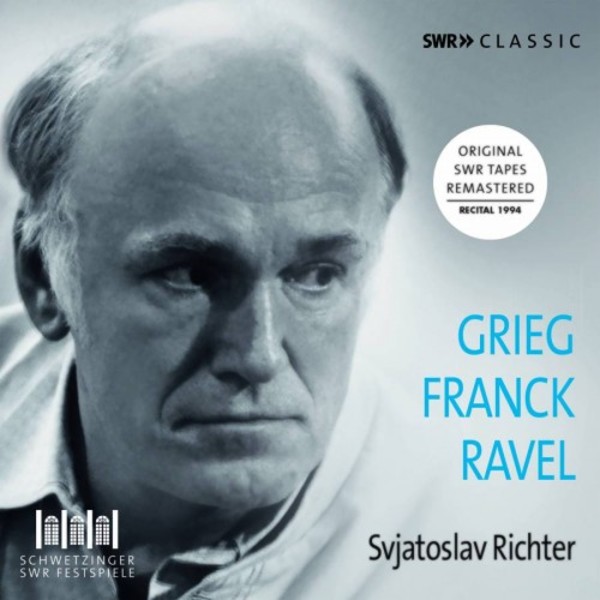 While there is no disputing Richter's extraordinary technique, what set his interpretations apart was his ability to immerse himself completely into the music he performed, allowing the purity of the composer's original vision to dominate his musical choices. Richter himself said: "The interpreter is really an executor, carrying out the composer's intentions to the letter. He doesn't add anything that isn't already in the work. If he is talented, he allows us to glimpse the essence of the work that is in itself a thing of genius and that is reflected through him. He shouldn't dominate the music, but should dissolve into it."
This extraordinary approach is on full display in this programme. Collectors have long regarded Richter's performances of Grieg's Lyric Pieces as definitive, while his Ravel emphasises the inherent neo-classical structure underlying the virtuosic display.
Piano recital at the Schwetzingen Festival on 15 May 1994
Original SWR tapes remastered