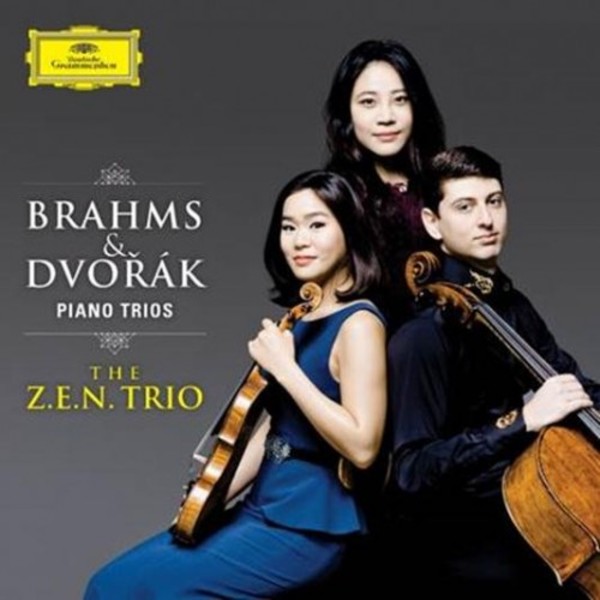 The Z.E.N. Trio  pianist Zhang Zuo, violinist Esther Yoo and cellist Narek Hakhnazaryan  met on the BBC New Generation Artists scheme in 2015 and have since performed concerts together for BBC radio as well as across the UK and elsewhere in Europe. While the trios name, Z.E.N. is an acronym for the three artists initials, it also represents the philosophy with which they approach chamber music making - the forgoing of the self for total togetherness.

An imaginative and electrifying performer, Zhang Zuo (Zee Zee) began her musical training in Germany at the age of five. Upon returning to her native China, she became one of the most sought after young artists in the nation, collaborating with leading Chinese orchestras with whom she retains a close link.

Esther Yoo first came to international attention in 2010 when, aged 16, she became the youngest prize winner of the 10th International Sibelius Violin Competition. From 2014 to 2016 she was a BBC Radio 3 New Generation Artist, culminating in her BBC Proms debut. Esther plays regular return engagements with Philharmonia Orchestra at Londons Royal Festival Hall as well as with Royal Philharmonic Orchestra and has performed in tours across Asia and South America.

Since winning the Cello First Prize and Gold Medal at the XIV International Tchaikovsky Competition in 2011 at the age of 22, Narek Hakhnazaryan has performed with most major orchestras across the globe and has established himself internationally as one of the finest cellists of his generation.

Can the world take yet another brilliant young female violinist? Yes, if that violinist is Esther Yoo  The Telegraph

A Seasoned Phenom. Watching talent of this age on this level is always a thrill  The Washington Post