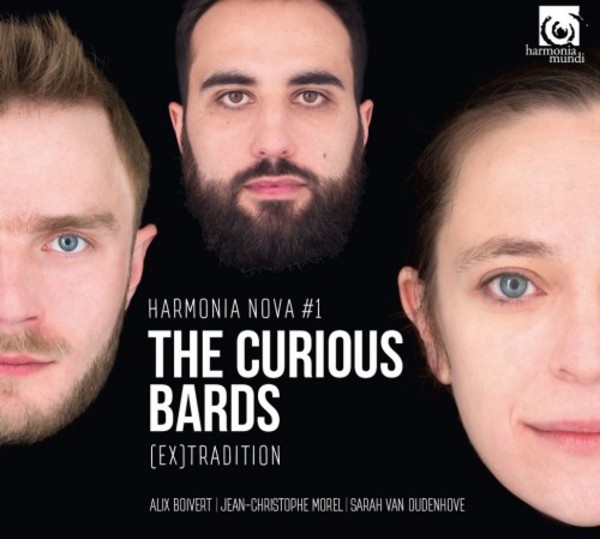 Since 2014, The Curious Bards has united five musicians, who love Gaelic and Celtic traditional music. These five musicians had an early music education and have studied in prestigious institutions in Lyon, Paris and Basel. Their musical paths have integrated traditional Irish and Scottish practice for many years.

The ensemble claims to offer an innovative and creative insight to this repertoire guided by extensive research. They are bards of modern times, eager to discover and expand their knowledge. This is their first album.

Tracklisting:
1. A Set of 3 Scottish Airs: The Lads of Elgin (reel) | The Highlandman kissed his mother (reel) | The Fyket (reel)
2. A Set of 3 Irish Airs: Sr. Ulick Burk (reel) | The Soup of Good Drink (jig) | The High Road to Dublin (jig)
3. Rakes of Westmeath (Irish tune with variations)
4. Since sounding drums (Irish Air)
5. Highland Battle: The March -They Mend their Pace - The Battle Begins - The Height of the Battle - The Preparation for a Retreat - The Chief is Killed - The Retreat - The Lamentation for the Chief
6. A Set of 3 Airs from Ireland & Scotland: Lady Herriot Hopes (reel) | Sir Adam Fergusons reel (or Lads of Laois) | Bonny Lads (reel)
7. A Set of 2 Irish Airs: Turlough OCarolan: John Nugent (jig) | Bumper Squire Jones (jig) (Thomas Morres Jones)
8. The Duel Rakes of Mallow (Irish tune with variations) | Reel of Tulloch (Scottish tune with variations)
9. A Set of 3 Irish Airs: Mary ONeill (jiig) (Carolans favourte jig) | The Lads of Dunse (jig) | Port Patrick (jig)
10. Kilkenny is a handsome place (Irish song)
11. A Set of 3 Airs from Ireland & Scotland: Raddire en Ougnish | Marquis of Huntlys strathspey | Mr Jo Reids reel
12. King of the Blind
13. A Set of 3 Scottish Airs: Miss Loraine of Kirkharles (reel) | Fight about the Fire side (reel) | Lochail is away to France (reel)
14. Lady Anne Bothwells lament (Scottish song)