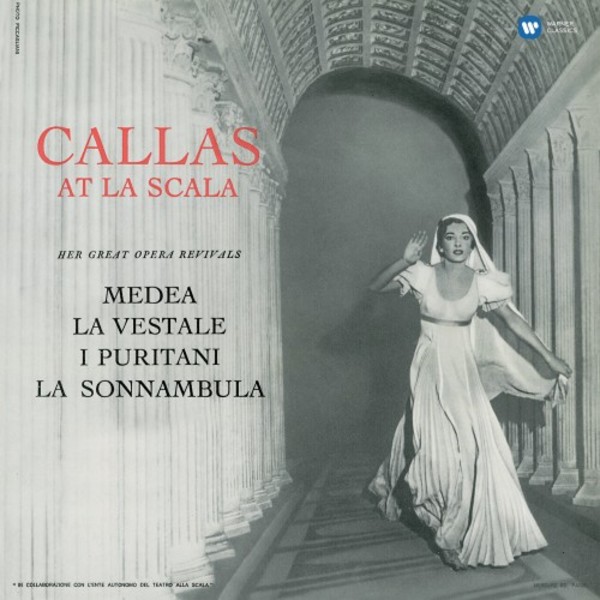 Callas first sang at Milans legendary La Scala for the opening of the 1951-52 season (in Verdis I vespri siciliani) and she became closely identified with the theatre, notably in productions directed by Luchino Visconti and his protégé Franco Zeffirelli. Spontinis La vestale was staged for her there in 1954, Bellinis La sonnambula in 1955, and her final La Scala performances came in 1962 with Cherubinis Medea.

Callas at her most spell-binding and enthralling, wrote Gramophone. Callas at La Scala [] shows the diva at her most exciting and most beautiful.