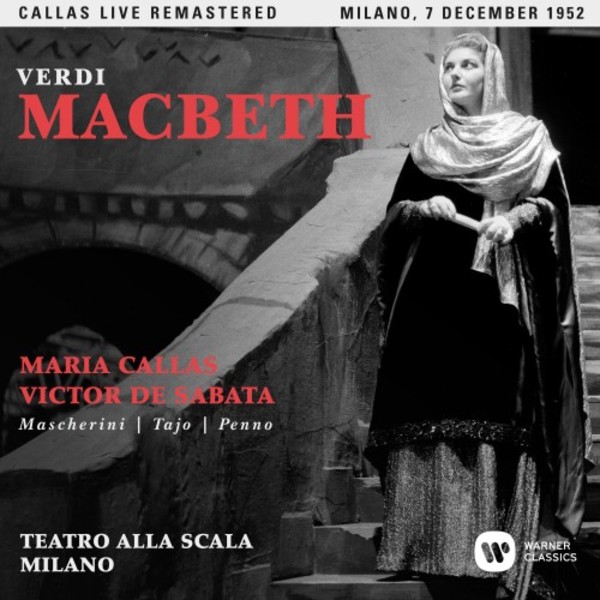 This live recording of Macbeth perpetuates Maria Callass interpretation of a role that she only sang in one run of performances, at La Scala in 1952. There were plans for her to repeat it at New Yorks Metropolitan Opera in 1959, but they failed to come to fruition. Her dark, but flexible tone, her on-stage magnetism and her command of dramatic nuance made her unforgettable as Shakespeares fatally ambitious Scottish noblewoman. The following year, Callas was to collaborate again with the great conductor Victor de Sabata, when she made her first recording of Tosca, a landmark in the Warner Classics catalogue.