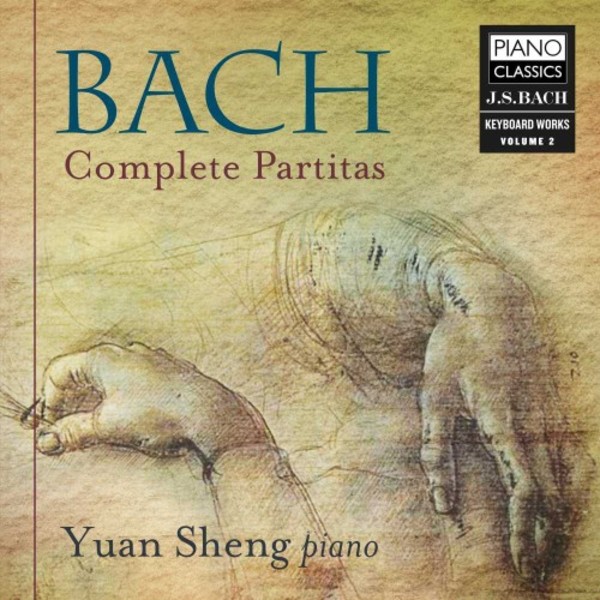 The Six Partitas for keyboard are the last set of suites that Bach composed and the most technically demanding of the three. They were composed between 1725 and 1730 or 1731. As with the French and English Suites, the autograph manuscript of the Partitas is no longer extant. In keeping with a nineteenth-century naming tradition that labelled Bach's first set of Suites English and the second French, the Partitas are sometimes referred to as the German Suites. This title, however, is a publishing convenience; there is nothing particularly German about the Partitas. In comparison with the two earlier sets of suites, the Partitas are by far the most free-ranging in terms of structure. Unlike the English Suites, for example, wherein each opens with a strict prelude, the Partitas feature a number of different opening styles including an ornamental Overture and a Toccata.

This is the third instalment of Yuan Shengs complete Bach cycle played on the piano, previous issues include the Goldberg Variations and the Italian Concerto/French Overture.

Chinas premier interpreter of Bach, is what International Piano Magazine called Yuan Sheng. A pupil of Solomon Mikowsky (Manhattan School of Music) and notably Rosalyn Tureck Yuan Sheng extensively studied the performance practice of Baroque music. Equally at home at the harpsichord he has an instinctive feeling for the possibilities, sonorities and touch of the instrument at hand, so that the listener might easily have imagined the composer at the keyboard (Boston Intelligencer).

This recent recording of the complete 6 Partitas is again a marvel of elegance, wit, rhetoric and brilliance, played on a modern Steinway. Besides pursuing an international career Yuan Sheng is Professor of Piano at the Bejing Central Conservatory of Music.